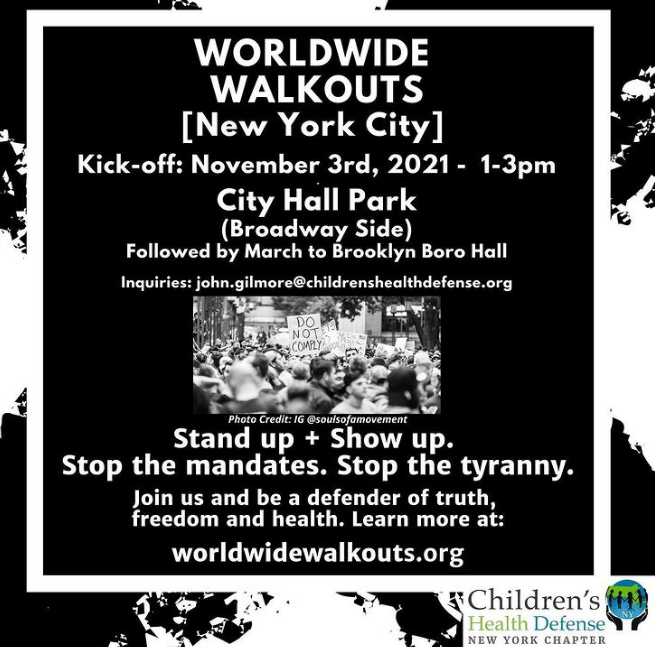 November 3, 2021 – 1 pm Outside NY City Hall Park. World Wide Walk Outs Say NO to Government Mandates. No Forced Vaxs .Their message included: “Stop the Tyranny. Don’t Give up the Fight. Boycott all employers mandating the Vax. Be a Defender of Truth, Freedom and Health: Let’s Hold the Line. 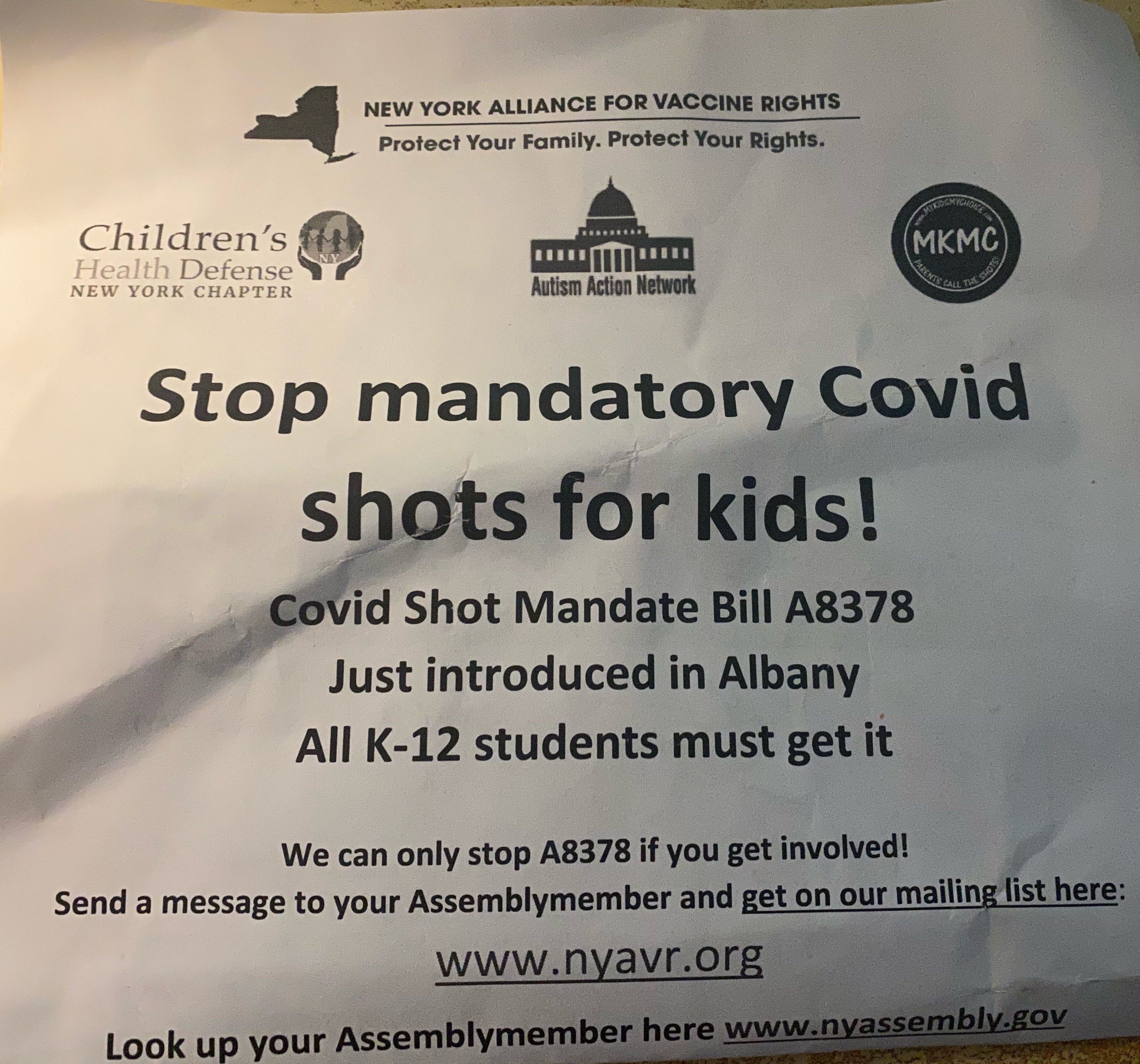 As they gathered, lots of musical drums accompanied “Don’t Give Up The Fight”

Speaker 1 – “The time for civil disobedience is here. if you want your life back, take it back. Mayor-elect Eric Adams is gonna be de Blasio 2.0. Forced inoculations of our kids is coming. We’re gonna see our kids die. It’s over if you don’t rise up. Fight back and we’ll get our country back. I love this country. We have sacrificed our freedom. Spread the truth. This is psychological warfare. This is a disgrace. Rise up and take our country back.” 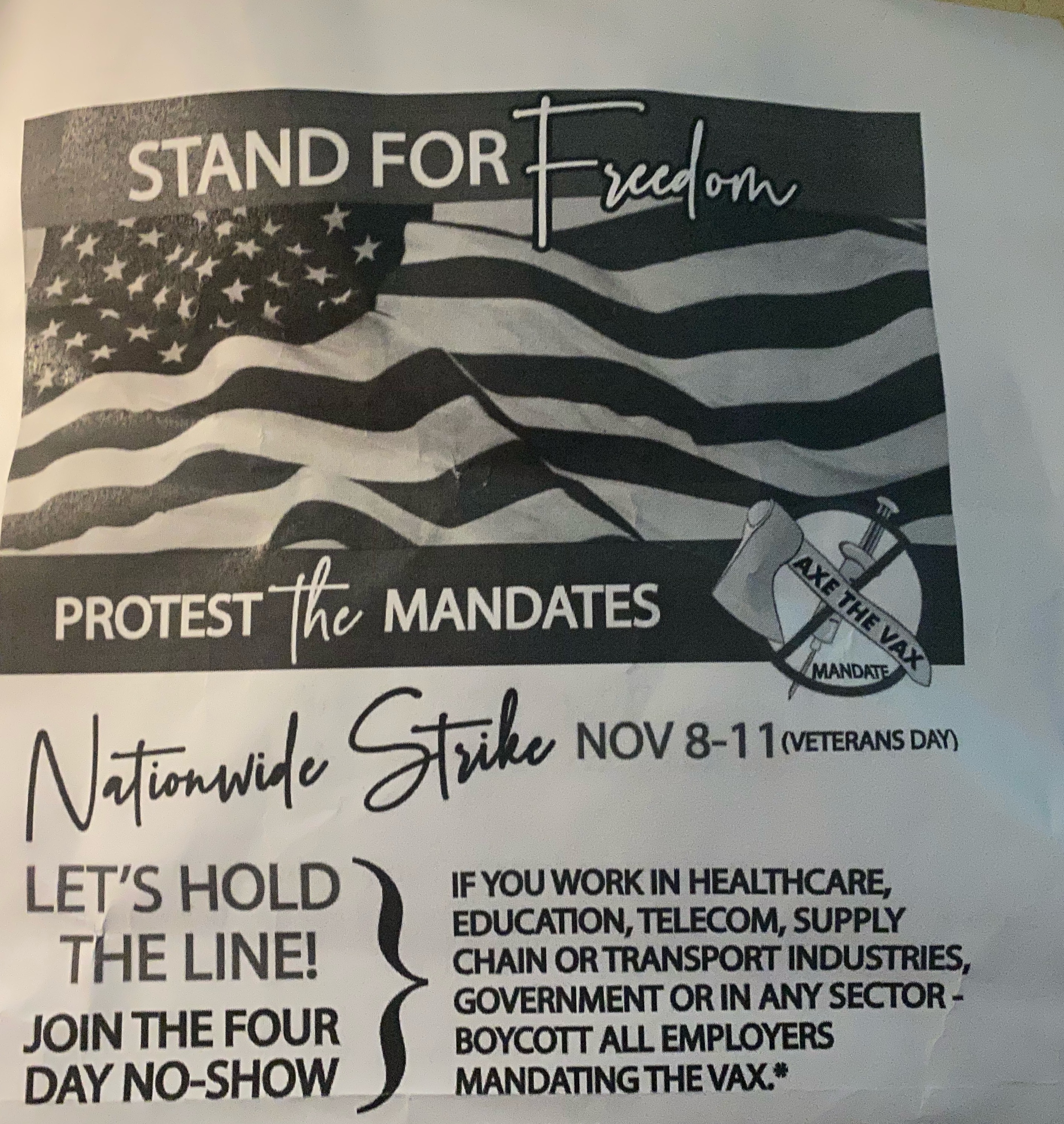 Speaker 2- “Some wear masks, some don’t. It’s a personal choice. Some are vaxed, some not. Who gives a f@#k . We respect each others choice. As a parent, as a father … the flag-waving, the rallies are great, but think about it. In the 1700s how did we liberate ourselves from the British. We fought. Physically. People died. I don’t condone violence. I don’t want that to happen … but, when the courts no longer work (the judges are all bought and sold) when subpoenas and rallies don’t work. we keep getting suppressed culturally and spiritually – what are you left to do? I can tell, when you come after my child, I’m gonna think emotionally. These politicians live in another f-ing dimension.” Don’t Give Up the Fight. 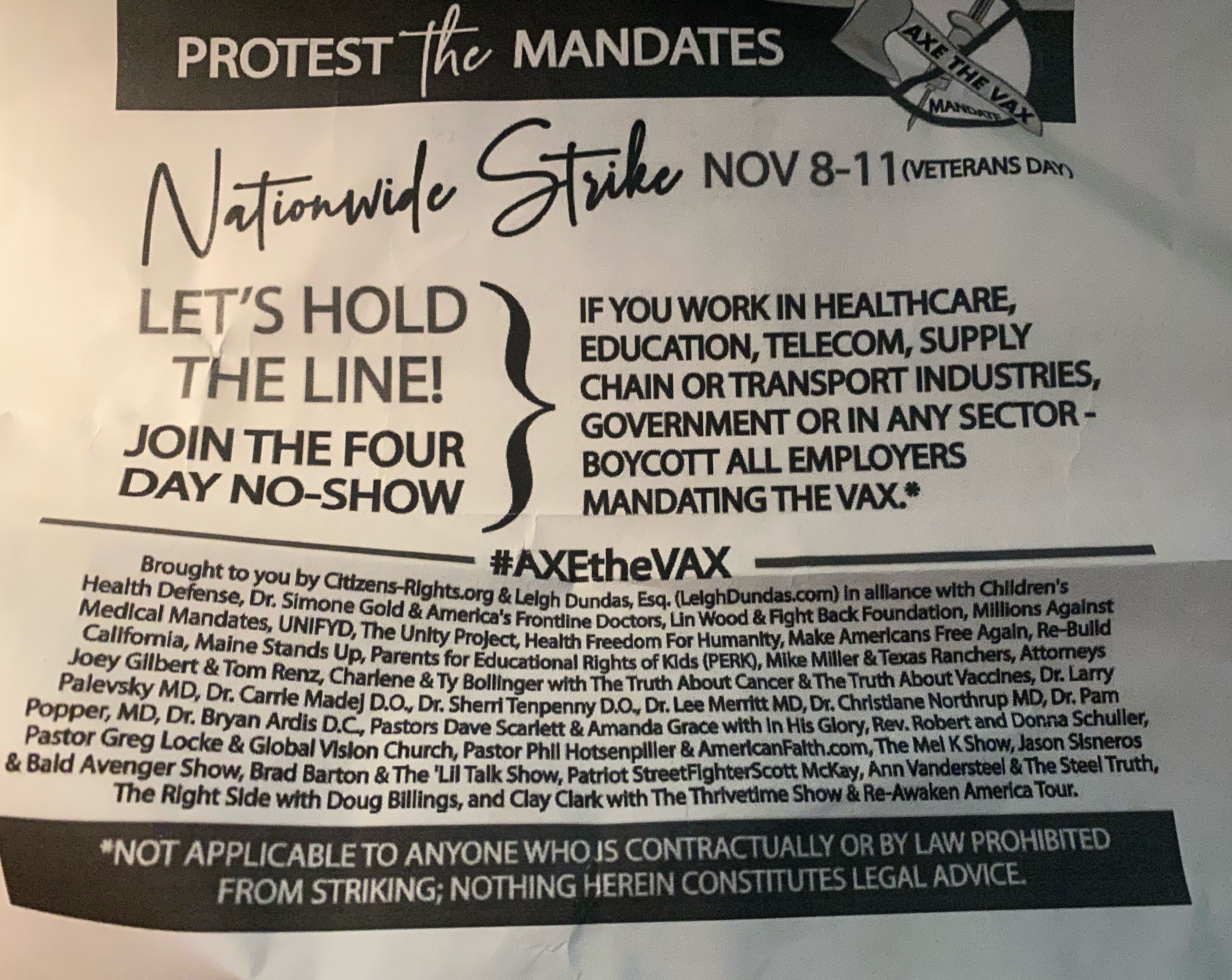 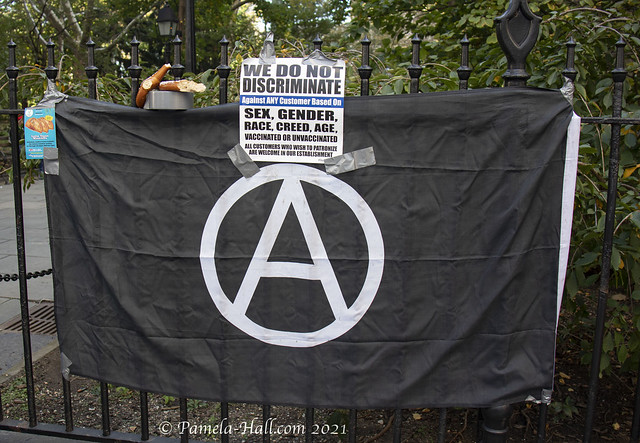 [Pictures and video where indicated, property of Pamela Hall-VSB]