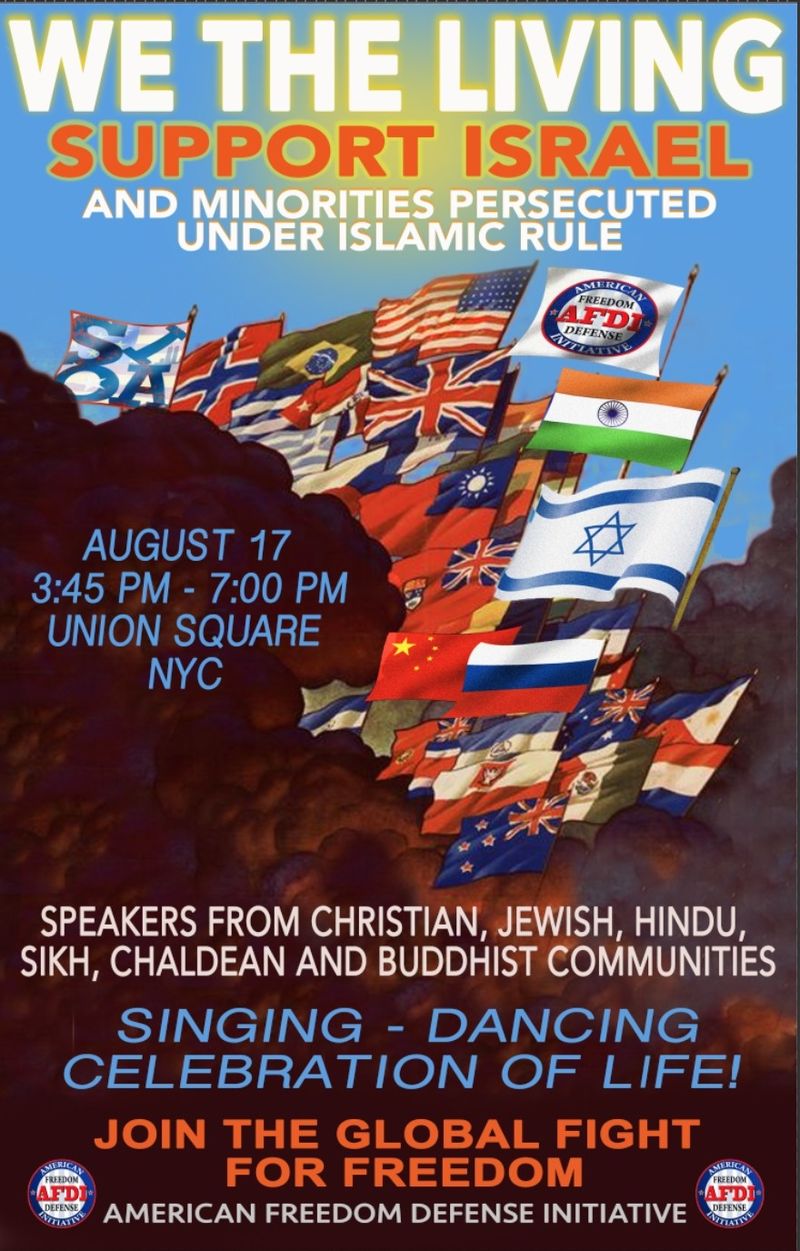 We must speak, stand and fight for freedom NOW.

RSVP on Facebook here.
Hamas is the "Palestinian" version of ISIS (and Boko Haram, Hezb'Allah, Al-Qaeda et al. It is the same fight, the same struggle and freedom loving peoples must unite to defeat it.

On Sunday, June 17, from 3:45 to 7PM, the American Freedom Defense Initiative (AFDI) and freedom activist Assaf Shilony will be hosting a rally in New York City's Union Square from 3:45 to 7PM. Speakers from a huge variety of backgrounds will stand for Israel and all the minority populations worldwide that are threatened by the global jihad.

AFDI’s Geller said in a statement: “Israel is on the front lines of the global jihad, and we stand resolutely and proudly with her. We must also remember that the same jihad that threatens Israel threatens free people around the world. That’s why we are featuring speakers from groups from around the world – people who have experienced the horror of Islamic jihad firsthand. We need to unite and stand together for freedom.”

The rally will be held in New York City’s Union Square from 3:45 to 7PM. Confirm your attendance at this once-in-a-lifetime event, and invite others to attend, on Facebook here.

Geller advised demonstrators to come to the event with signs showing support for Israel and minorities subjected to genocide, violence and oppression by Islamic jihadists. She added: “We are going to stand together for freedom every step of the way, and never give in to the forces of darkness, lies and intimidation.”