Our ads just went up on buses in Denver! And they are a sight for the sore eyes tired of the propaganda and Jew-hatred of antisemites and Islamic supremacists.

Here is our ad. Contribute here to help make these campaigns happen. 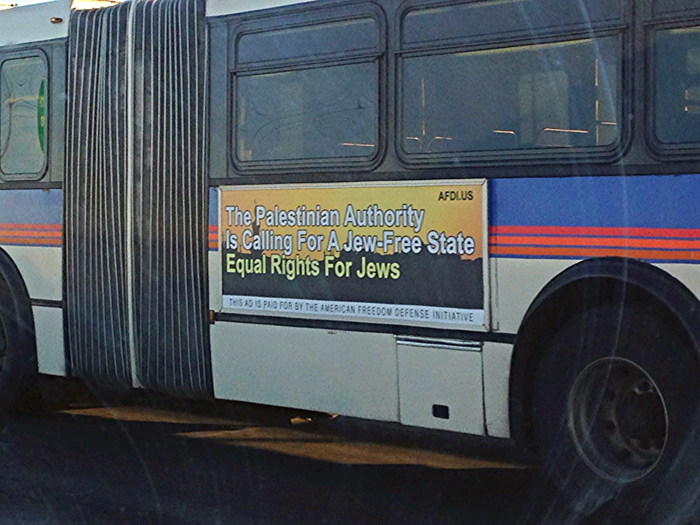 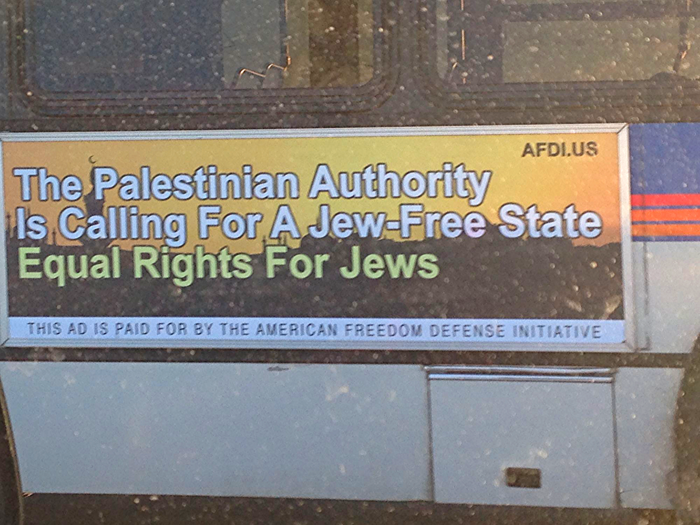 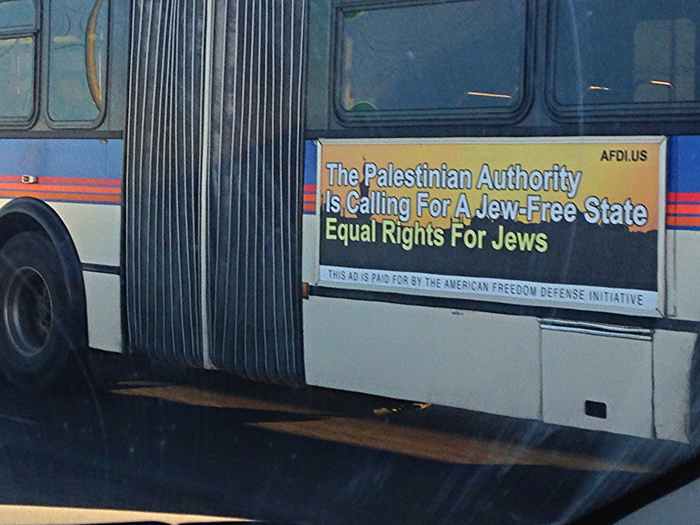 I ran these ads to counter the vicious blood libel currently running there (below), luridly accusing the state of Israel of ethnic cleansing.

Advertisements accusing Israel of “ethnic cleansing” are appearing on Denver-area buses while the Jewish National Fund holds its national conference in the city.

The ads, which include the slogan “Want peace? Stop ethnic cleansing in Palestine,” are sponsored by the website Notaxdollarstoisrael.com and the Colorado BDS Campaign (Read more: JTA) 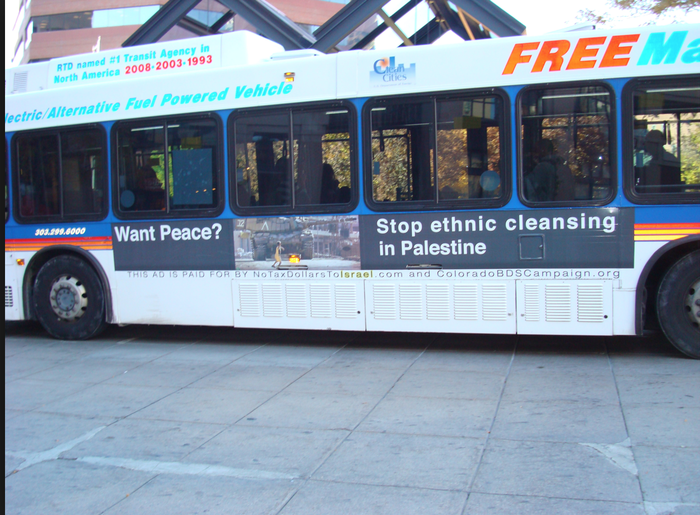 But we also understand why some people are upset. It's because the accusation is false.

This is not a close call. You may criticize Israeli policy toward the Palestinians and peacemaking, or toward the Arabs within Israel (although they enjoy political rights that are the envy of most residents of the Middle East), but you cannot accuse Israel of ethnic cleansing and expect to be taken seriously by those familiar with the facts.

If the Palestinians were suffering ethnic cleansing, their population in the West Bank and Gaza would be shrinking. Quite the opposite is the case. Population growth has been so robust that it's inspired many articles and scholarly commentaries speculating on what it means for the future.

Nor are Israeli Arabs being pushed out. Their numbers are growing, too — and faster than the Jewish population.

Ethnic cleansing does seem to be occurring in the Middle East, however, and it's not even hard to find. In country after country, ancient Christian communities are being driven to leave because of violence and intimidation by radical Islamists.

The Christian community in Iran is a shadow of what it was at the time of the 1979 revolution. In Iraq, more than half of all Christians — hundreds of thousands of individuals — have fled since 2003. And a disturbing exodus is also under way in Syria, Egypt and other countries where churches and other religious institutions have been targeted by extremists.

So yes, ethnic cleansing is indeed all too alive and well in the Middle East. The RTD ads simply identify the wrong culprit.