Old Joe Biden’s handlers haven’t been able to give us a clear answer about what the Department of Homeland Security’s ominous new Disinformation Governance Board is actually going to do. But now its censorship power-drunk chief, Nina Jankowicz, has provided a detailed description of an authority she wants to have in order to fight this alleged disinformation, and it’s downright chilling.

So far, the powers behind the Disinformation Board haven’t been able to get their stories straight about exactly what “disinformation” the Board would supposedly combat. When Politico first revealed the existence of the Board, it said it would be “countering misinformation related to homeland security, focused specifically on irregular migration and Russia.” Then DHS Secretary Alejandro Mayorkas went further, saying it would “combat this threat not only to election security, but to our homeland security.” Jen Psaki then suggested that it would be dealing with supposed disinformation about “COVID for example, and also elections and eligibility.” Under fire over this brazen assault on the First Amendment, Mayorkas claimed that the Board would not be dealing with the statements of American citizens at all.

Jankowicz, however, appears to have different ideas. In a video that surfaced Tuesday, Jankowicz is speaking to a panel of nine people; seven are visible, and two have their cameras turned off. The disinformation czarina spoke of how Leftists must start to micromanage Twitter in order to combat the speech of those whom they hate.

NEW – Biden’s new “disinformation” czar wants “trustworthy verified people” like her to be able to “add context” to other people’s tweets.pic.twitter.com/V4mLNsB5HV

The available video begins with Jankowicz dropping a bomb about Twitter verification: “Um, and I am eligible for it because I’m verified, but there are a lot of people who shouldn’t be verified who aren’t, you know, legit, in my opinion, I mean, they are real people but they’re not, um, trustworthy.” Now, Twitter verification began simply as a way for prominent people to be distinguished from impersonators. The Leftists who have been running Twitter muddied the waters somewhat when they began taking away some people’s verification badges (the famous blue checkmark) or denying it to some highly popular accounts for the crime of dissenting from the Left’s line. But now Jankowicz wants to take the idea of the blue checkmark as some badge of honor to a new level, denying it to those whom she considers to be not trustworthy. Why we should trust her judgment in this is left unexplained.

Jankowicz continued, “Anyway, so verified people can, um, essentially start to edit Twitter, the, the same sort of way that Wikipedia is, so they can add context to certain tweets. Um, so, just as a [sic] easy example, not from any political standpoint, if President Trump were still on Twitter, and tweeted a claim about voter fraud, someone could add context from one of the sixty lawsuits, uh, that went through the court, or, uh, something that an election official in one of the states said, perhaps your own secretary of state, uh, and, and his news conferences, something like that, adding context so that people, um, have a fuller picture, rather than just an individual claim on a tweet.”

“Not from any political standpoint.” Sure.

It’s unclear when this panel discussion was filmed. Twitter, of course, began adding fussy notes to certain dissident tweets, enforcing the Leftist narrative, in the run-up to the 2020 presidential election. Jankowicz apparently wants to go that one better, empowering certain people (chiefly herself, no doubt) to hound dissidents (especially, of course, the hated Trump, if the Twitter fascists hadn’t shunted him off the platform already) with their harassing “context” every time they step out of line.

Is this the sort of thing the Disinformation Governance Board is going to do? Will individual censors be provided to prominent dissidents, with some being strict and others lax, after the manner of gulag prison guards? Or will this be a group effort? Time will tell, unless the efforts to stop the flagrantly unconstitutional Board before it even gets started are successful.

It will be interesting to see how those efforts shake out. Will there be any Democrats, any Democrats at all, who will be willing to stand up for the First Amendment? Will Mitt Romney and Liz Cheney explain to us that we really have to forget about this freedom of speech business, and accept the “corrections” of our moral superiors and the guardians of acceptable opinion? Will protestors surround the homes of Supreme Court Justices, trying to menace them into voting for the destruction of America as a free society?

Now is the time for patriots to stand for freedom, whatever the cost. It will be interesting to see who does, and who does not. 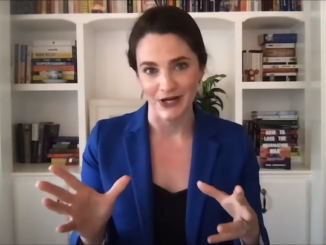 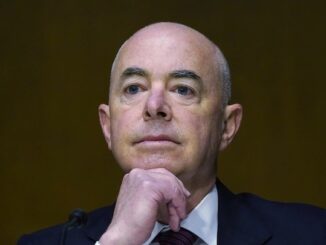 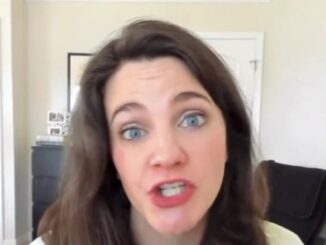