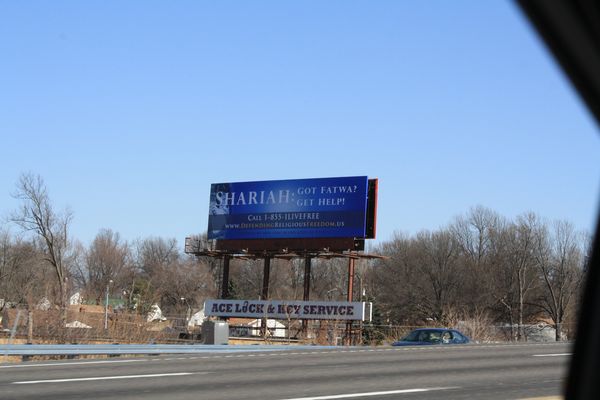 The sharia is a comprehensive legal system governing every aspect of human life, and asserts authority over non-Muslims.

"The truth is incontrovertible, malice may attack it, ignorance may deride it, but in the end; there it is." (Winston Churchill)

Before I tear into this naked attempt to deceive the American people about the most radical and extreme ideology on the face of the earth, I would like to know why Dan Merica or any of the media that is shilling for this pro-sharia campaign did not interview Robert Spencer and me on our anti-sharia campaign and give us this kind of multi-million dollar positive press to preserve our constitutional freedoms. Ours is the same exact program, except ours is pro-freedom.

Not. one article. Biased much? And just look at the sheer length of this shameless propaganda piece.

My remarks are in bold italics in the margins.

Washington (CNN) – A major American Muslim group is embarking on a national campaign Friday to clarify a word it says has been given a bad name by recent global and domestic politics: Sharia.

The Islamic Circle of North America says its effort is aimed at “educating Americans” on what it says is the noble meaning of Sharia through conferences, billboards, and TV and radio PSAs.

The group is also launching a national hot line to answer questions about Sharia and Islam.

For more than a billion Muslims around the world, Sharia describes a way of life, from dietary laws to a code of moral life. For some conservative American critics, the word is sinister – connoting a draconian legal code that they contend threatens to subvert American law.

Sharia was politicized in the post -9/11 world as the U.S. paid more attention to perceived threats from the Muslim world, said Zahid Bukhari, president of Islamic Circle of North America.

Sharia wasn't politicized in a post-911 world — sharia is political. The sharia is a comprehensive legal system governing every aspect of human life, and asserts authority over non-Muslims.

“We should have a federal law that says Sharia law cannot be recognized by any court in the United States,” Newt Gingrich said to a standing ovation at the Values Voter Summit in Washington in 2010? “No judge will remain in office that tried to use Sharia law.”

“Some politicians like to abuse the word in this national spotlight they have,” Bukhari said. “They are trying to make it a dirty word.”

Sharia is a brutal word.

In the “Sharia FAQ” sections, it discusses what Sharia exactly is, whether it’s a threat and how it affects women.

“Muslims are taught to respect the laws of the land they live in as long as they can still effectively practice being Muslim,” the website says. “Islam is a faith, a way to be in a community with others and be in a relationship with God. Like other people of faith, whose values are inspired by religious tradition, Muslims can be and are engaged citizens.”

Under Islam, sharia supersedes man-made laws. He know this. He is lying.

One public service announcement  features Rais Bhuiyan, who was shot in the face as part of a post-9/11 revenge killing but went on to lobby for the right of his shooter. “Join me in the fight against hate, ignorance and Islamophobia,” Bhuiyan says in the ad.

Oh please. Where are the interviews with the hundreds of thousands of victims of jihadi attacks across the world since 911? When does CNN interview them? Or even mention them?

Islamic scholars admit the definition of Sharia is complex. There are multiple contexts of the word – theological, historical, contemporary – and different applications have different meanings.

The sharia is a comprehensive legal system governing every aspect of human life, and asserts authority over non-Muslims.

“As Islam moved to different countries, it began to adapt to a historical context,” said Akbar Ahmed, chairman of Islamic studies at American University in Washington. “For example in Iran, Sharia means something slightly different than other countries.”

The religious meaning of the word, said Ahmed, is the path to righteousness.

The man gives the word righteousness a whole new meaning.

But that changed in the public mind after the September 11, 2001 terror attacks, according to Clark Lombardi, professor of Islamic law at University of Washington in Seattle.

“Sharia has become a political buzz word,” Lombardi said. “The word Sharia has an extremely wide and complex semantic tradition. To use the word is a fraught path.”

In 2010, Oklahoma voters approved a ban on imposing Sharia, though courts have blocked the measure from taking effect. Other states across the nation have mulled similar bans.

According to Lombardi and Ahmed, the proposed bans don’t make sense because implementing Sharia law in America “doesn’t add up.”

“This contemporary debate is slightly out of proportion,” Ahmed said. “Indonesia – they don’t have Sharia and they are a majority Muslim nation. If the Muslim community is 2% in America, how can 2%, even if everyone wanted it, impose Sharia on the 98%?”

The fact that we are already fighting sharia restrictions on free speech, sharia in the courts, the public schools, the workplace is indicative of the enormous press Islamic supremacist groups have put on our free society and all free societies in the West.

Lombardi said what some may consider as a law inspired by Sharia could also be a law in line with the Judeo-Christian traditions.

“Let’s say that Muslims and Evangelicals both voted in a state, democratically, to ban gambling and drinking alcohol on the grounds that they both believe it is immoral,” Lombardi said. “Evangelicals because they find it in the Bible and Muslims because of their understanding of what God wants. Is the state applying Sharia law?”

There they go again, attempting to equate sharia with Jewish law or Canon law. There is no compulsion in Canon law or Jewish law.

Lombardi went on to say that some laws, whether they originate from secularism or from religion, can comply with Sharia. But that doesn’t necessarily mean those laws are based in Islam, said Lombardi.

“A law would not become Sharia law just because Muslims are behind it,” Lombardi said.

Some said the fear is escalating.

“We are almost reaching hysteria levels,” Ahmed said. “When people say, ‘Sharia is coming to America,’ I ask, ‘Who is bringing it?’ It doesn’t add up.”

But Frank Gaffney, president of the conservative American Center for Security Policy, said that concerns about Sharia law in the U.S. are valid.

“I am not concerned about these guys imposing Sharia on us tomorrow,” Gaffney said. “I am concerned, though, that that is exactly what they want to do in the future and are making progress in doing that.”

Gaffney said the Islamic Circle’s Sharia campaign would “only muddy the definition of Sharia further.”

The campaign is an attempt to “whitewash or outright deny the elements of Sharia that conflict with Constitutional freedoms: the denial of the freedom of speech and the freedom of conscience, and the institutionalized discrimination and subjugation of women and non-Muslims,” Geller said.

In response to the ICNA program, Geller wrote in an email that a group she is affiliated with, Stop Islamization of Nations, will roll out a “multicity program to educate the American people on the true meaning of Sharia and the threat it poses to our cherished freedoms.”

This campaign will include billboards and radio ads – both of which were rolled out in the Kansas City area last week.

Harris Zafar, spokesman for the United States Ahmadiyya Muslim Community, says that opinions like Gaffney’s and Geller’s show no matter how much an organization focuses on a program, it will never reach everyone.

“There are always going to be the Pamela Gellers of the world,” Zafar said. “People who have their intentions and no matter what we educate, it is not going to connect with them.”

What is so outrageous about Mr. Zafar's statement is that the Ahmadiyya Muslim Community has been persecuted, oppressed and slaughtered by devout Muslims. The Ahmadiyya are not considered true Muslims. They are seen as heretics (more here).

Shame on you, Zafar, covering up for your people's oppressors.

“This debate becomes a distraction from allowing us to talk about more meaningful things,” Zafar said. “We like having dialogues about spirituality, but we get distracted by conversations of Sharia, of jihad, of apostasy and the conversation becomes more about this is what Islam is not, as opposed to a proactive conversation about real Islam.”

The ICNA campaign plans to draw in its 30-35 chapters across the country and will be highlighted prominently at the group’s annual convention in May in Hartford, Connecticut.

"ICNA is making an honest attempt to reach out and connect to our fellow Americans and introduce them to our Islamic faith,” said Naeem Baig, ICNA’s vice president of public affairs.

ICNA is incapable of being honest. 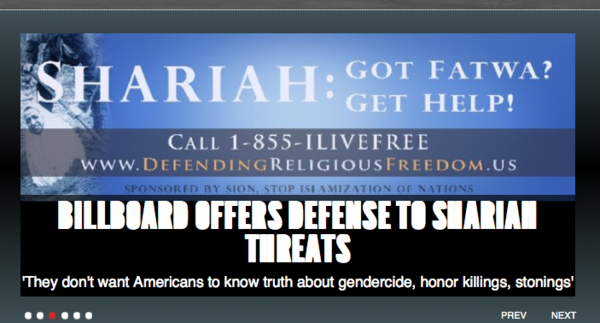