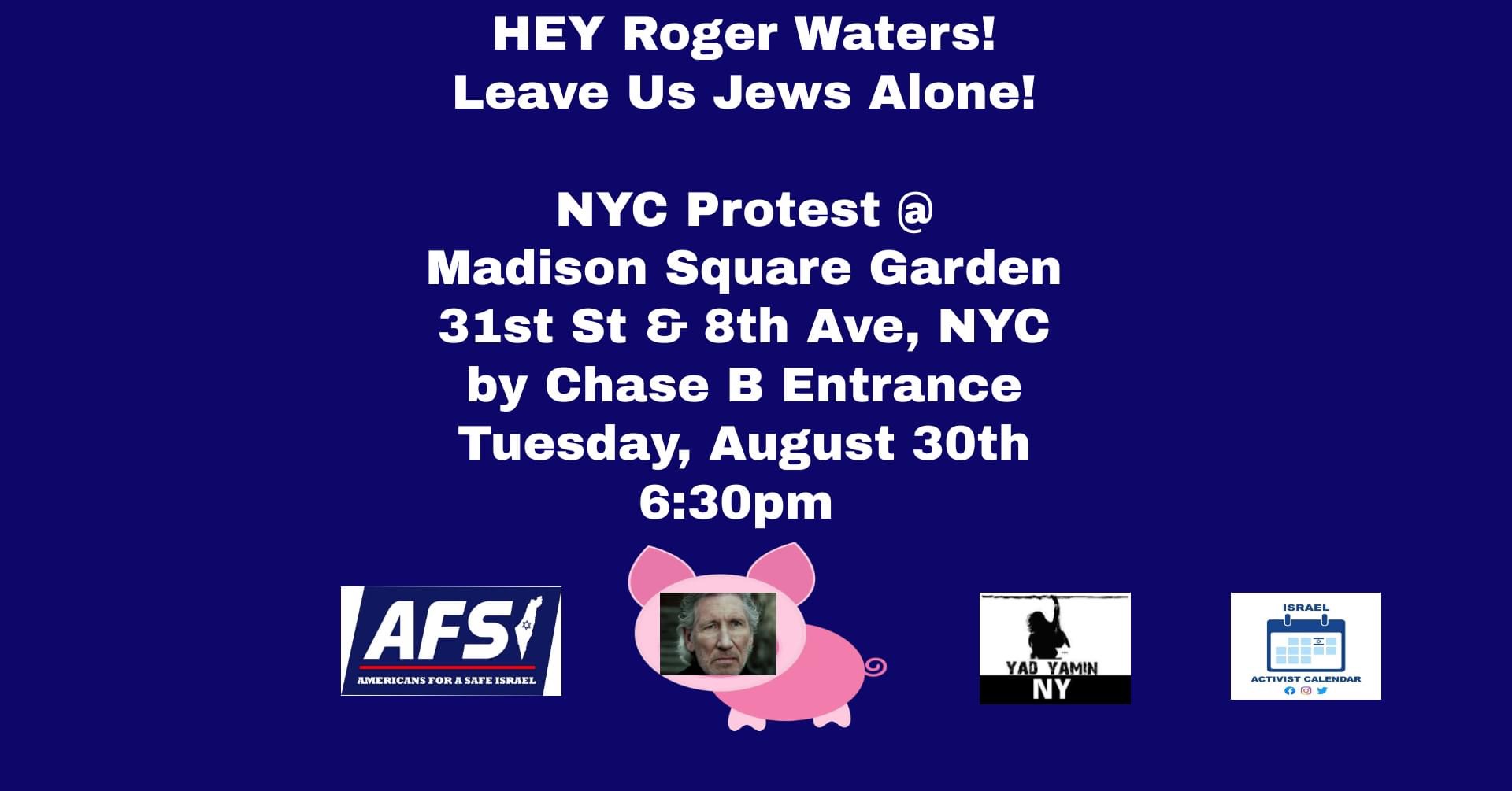 Kaila LichtBraun reported: “At the protest, a few people thanked us and agreed. 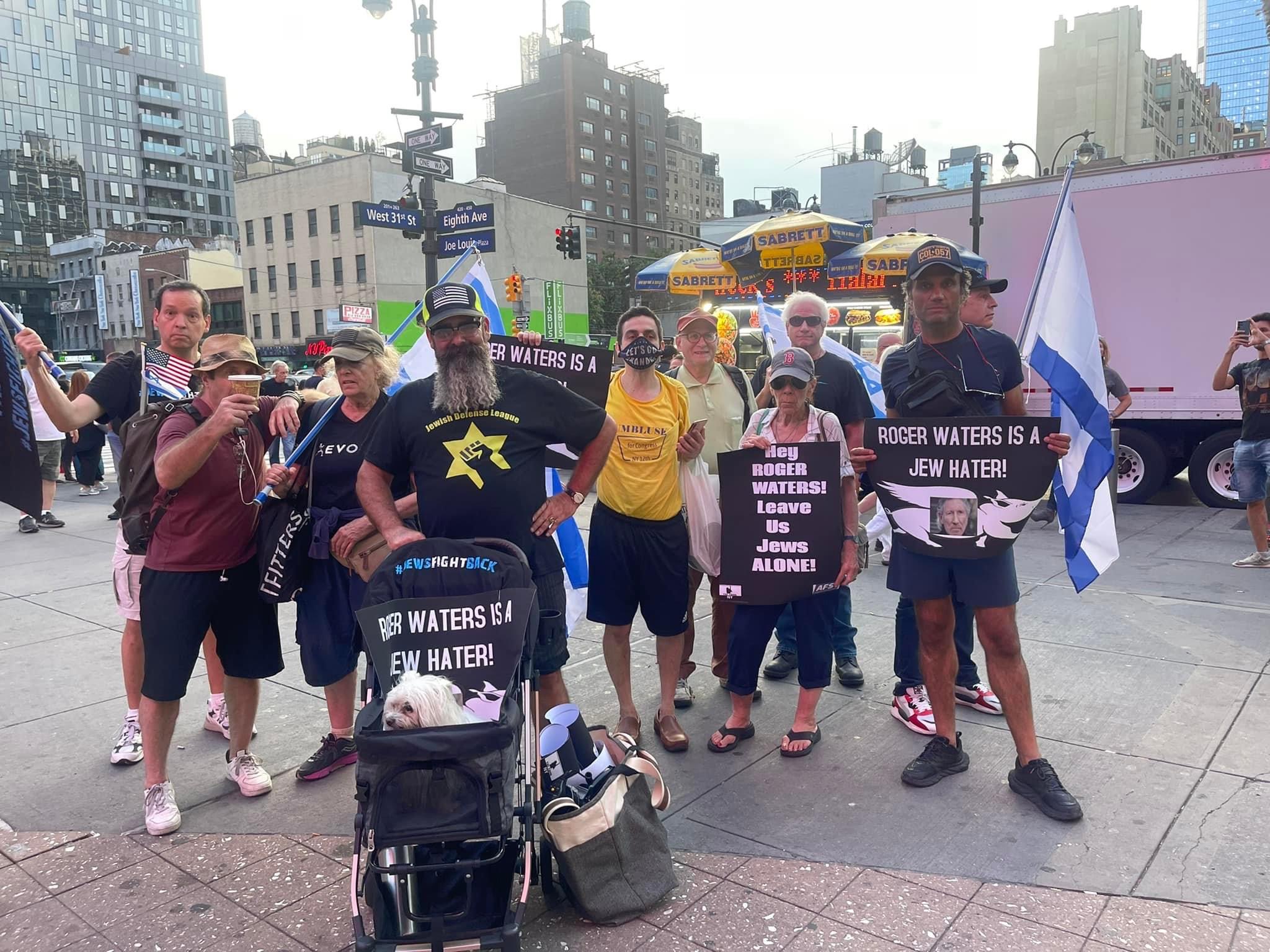 A number of people said they didn’t care. A few people screamed “free palestine” and yelled “Israel is an apartheid state”  …. and gave us the finger.” 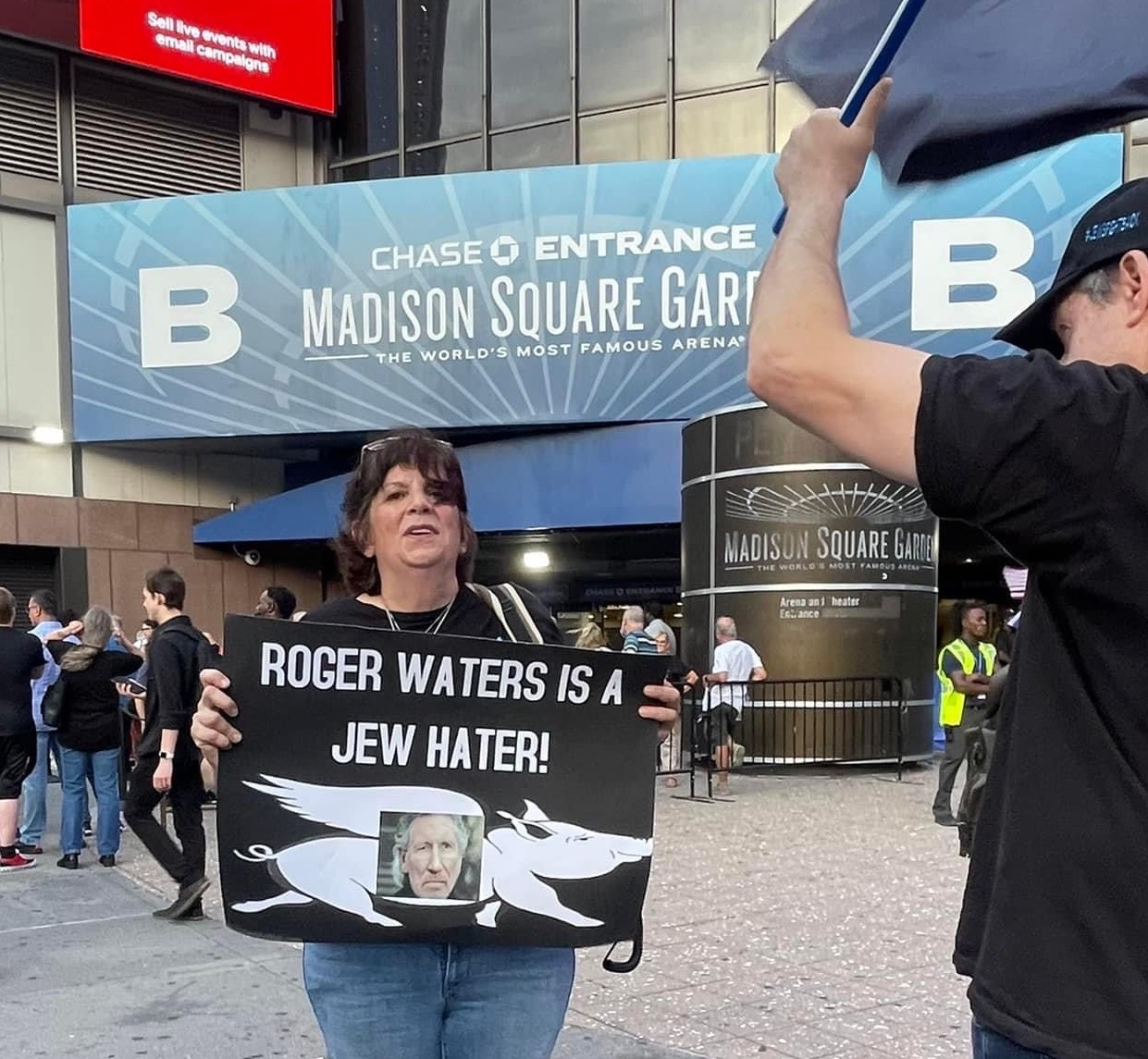 “Lots of hostility. Mostly from white people, one Jew and a woman who claimed to be pro-Roger Waters. Others yelled about occupation.” 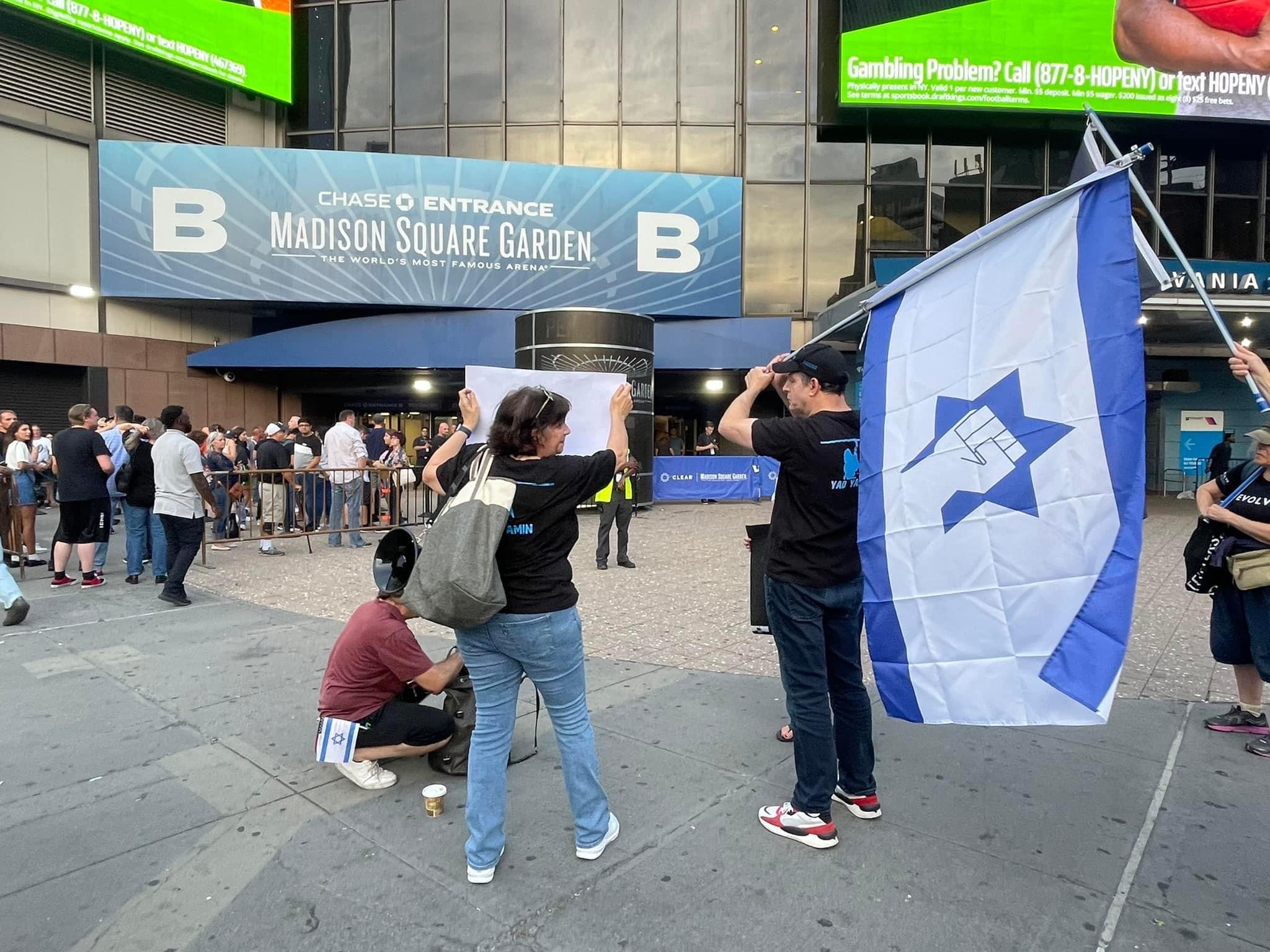 . Kaila continued: “I think it was more hostile this time than previous protests. But, I don’t think they were all liberal.” (video Karen Lichtbraun- even more photos )

Tell Roger Waters “No BDS Here!” at the Belasco Theatre

Protest Roger Waters’ anti-Semitic Film in Times Square, “US + THEM”

And NOW in 2022: Roger Waters an unapologetic anti-Israel, anti -Semitic celebrity,  continues with NO cancel-culture hounding him  … cause it’s OPEN Season on Jews in NYC.

However, Jews Fight Back! 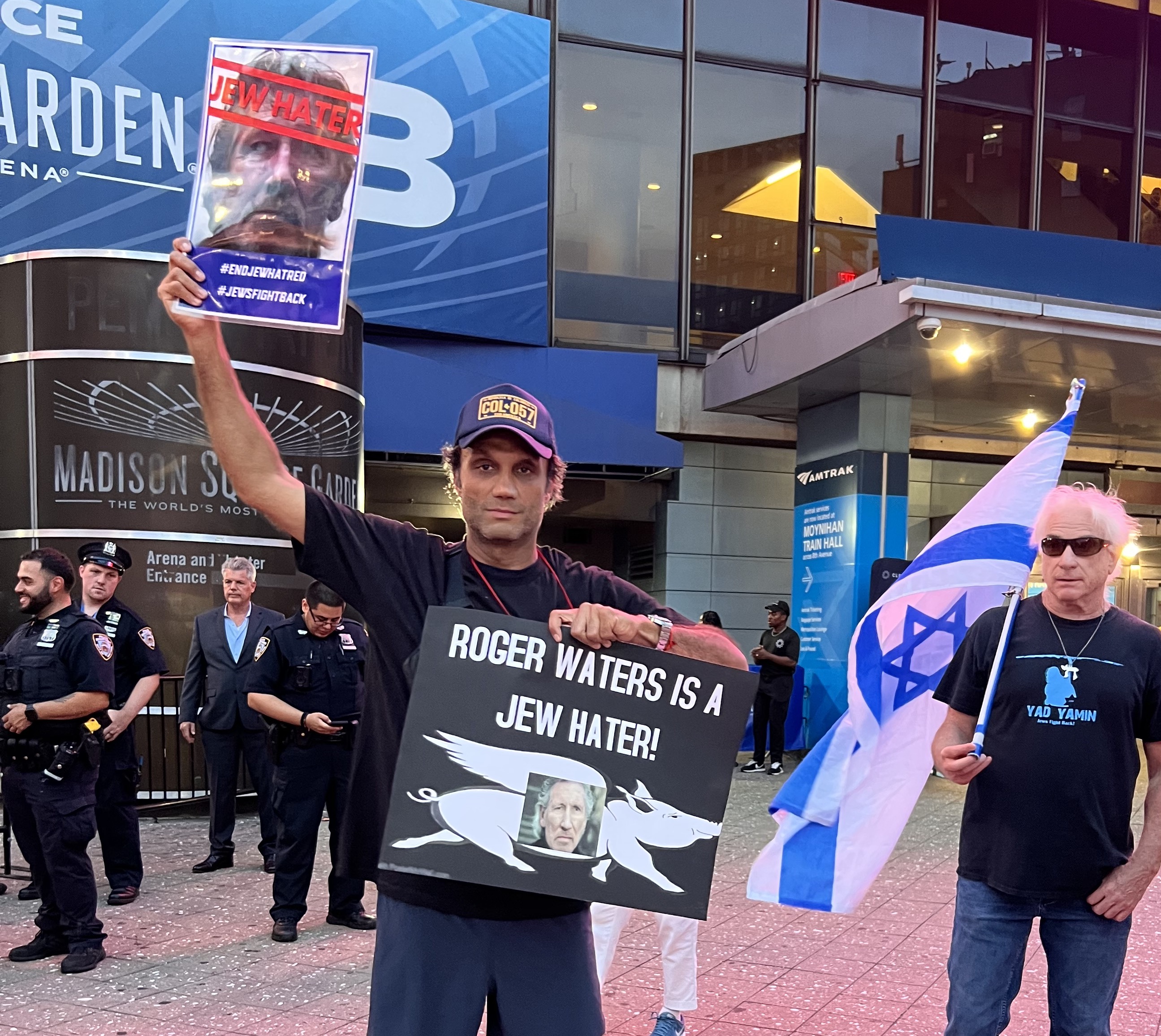 They will not be Silent.

“Shame on you Roger Waters. Shame On YOU.”

“Where indicated, photos  property of Kaila Lichtbraun: Jews Fight Back”