On Dec 17th, 2022, the Guardians of Divinity returned to protest another Drag Queen Story Hour (DQSH) What follows are some of the links that support their Save The Children/ Let the Kids Be Kids protests. 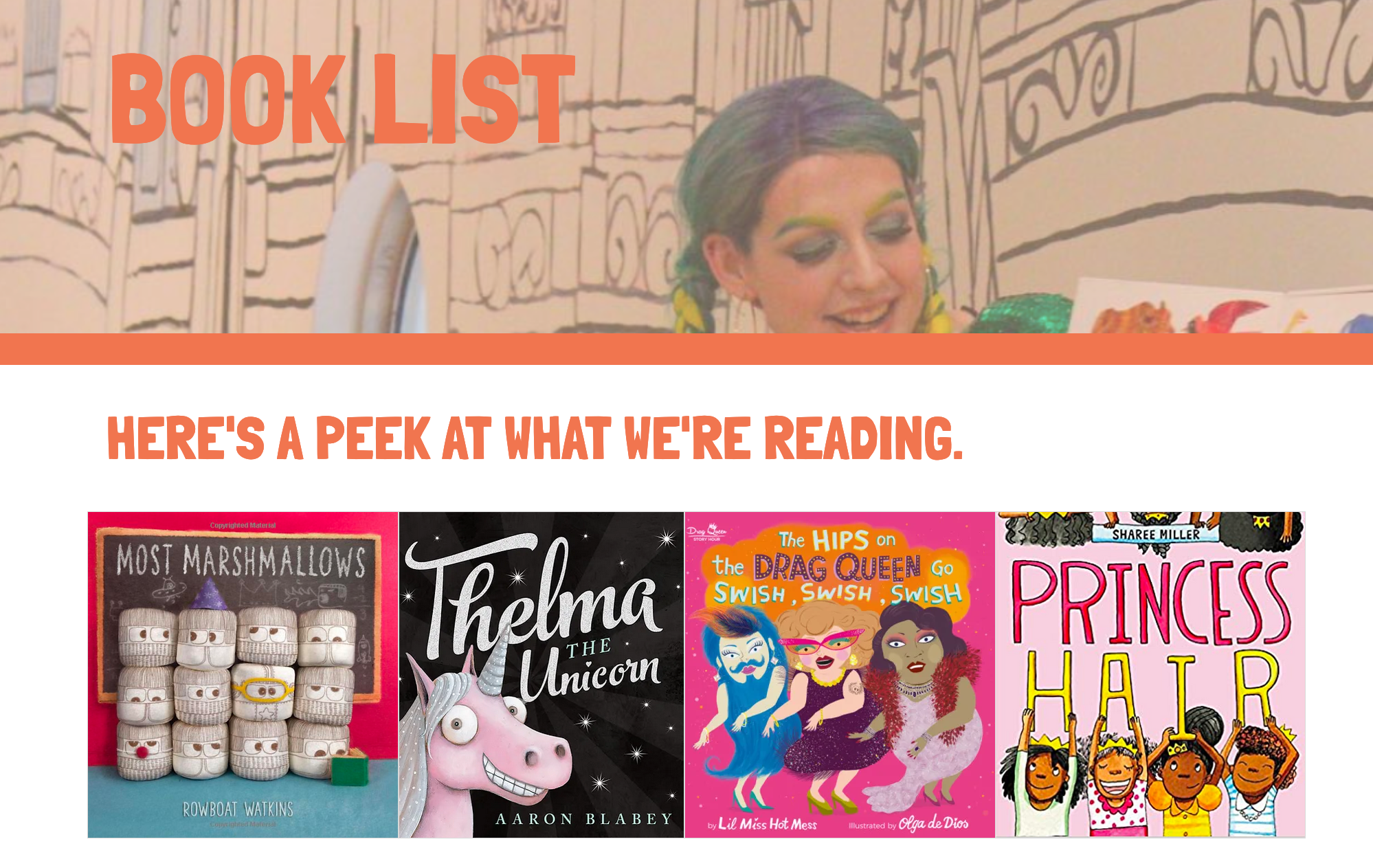 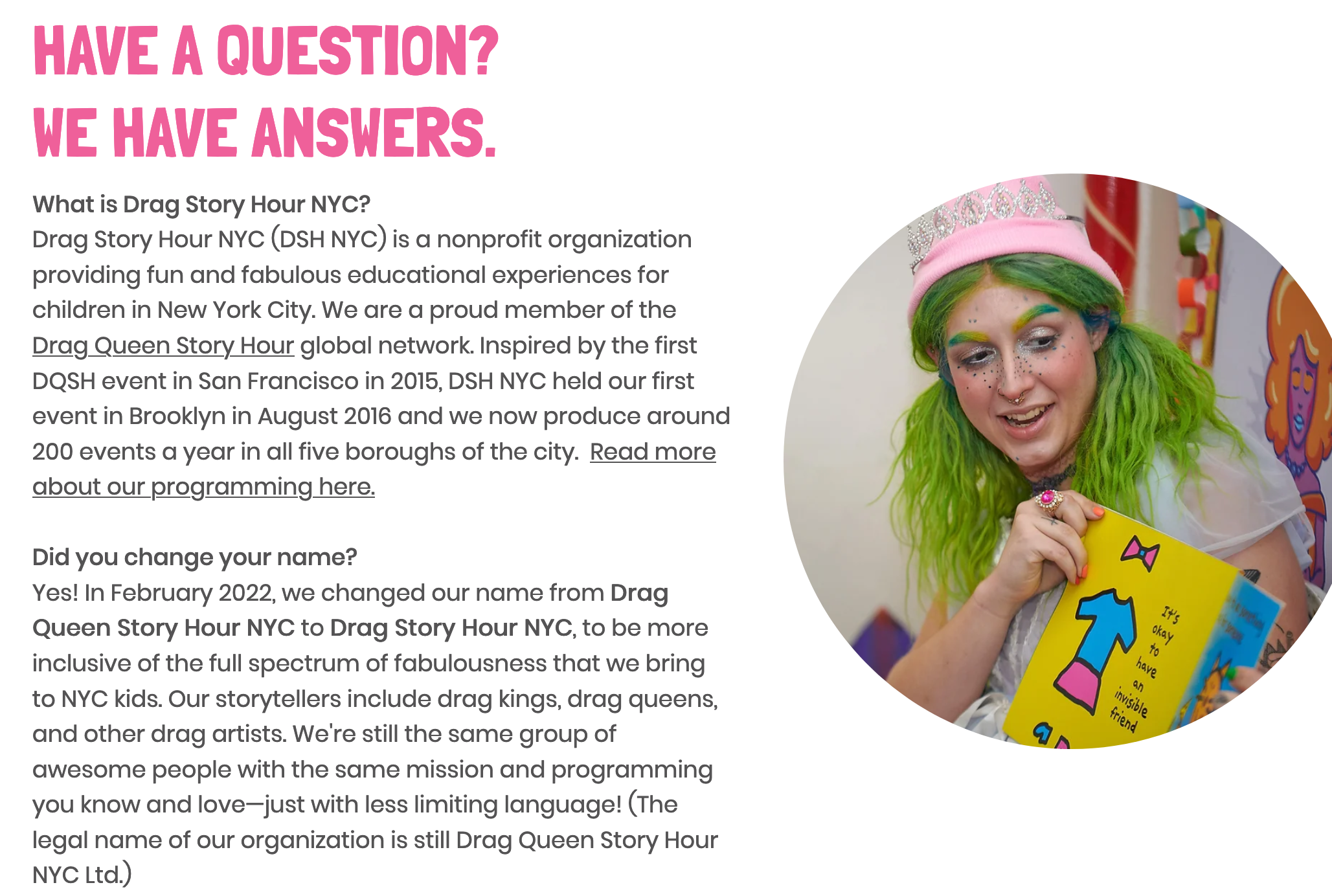 DQSH – links to “In the News” Press
[https://www.dshnyc.org/press]

They CARE about letting the Kids be Kids.

.Drag Queen events (see stills from a few Drag Story videos), “WHY is this appropriate for children?” 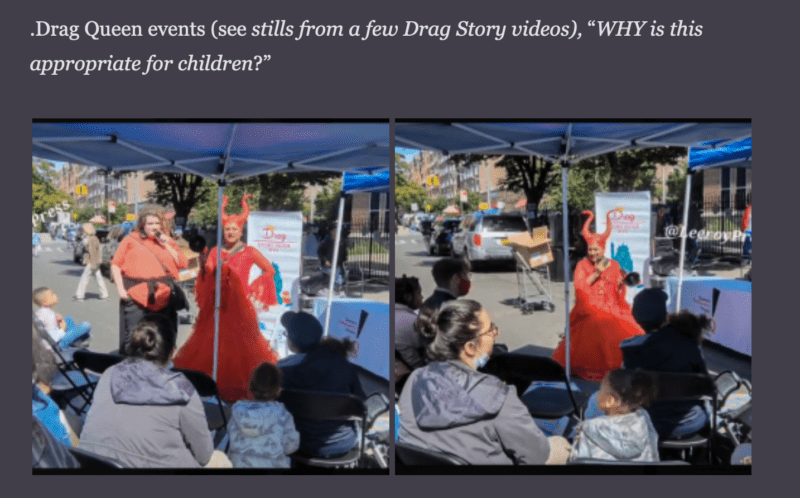 The devil is acceptable.  But, Christians are NOT. 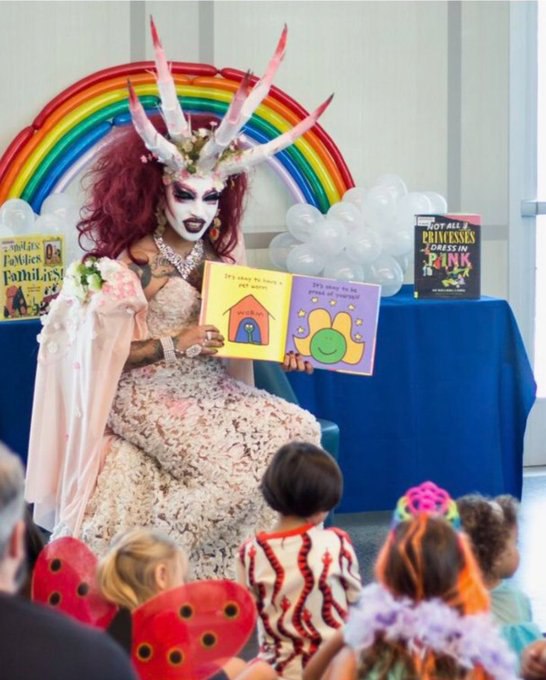 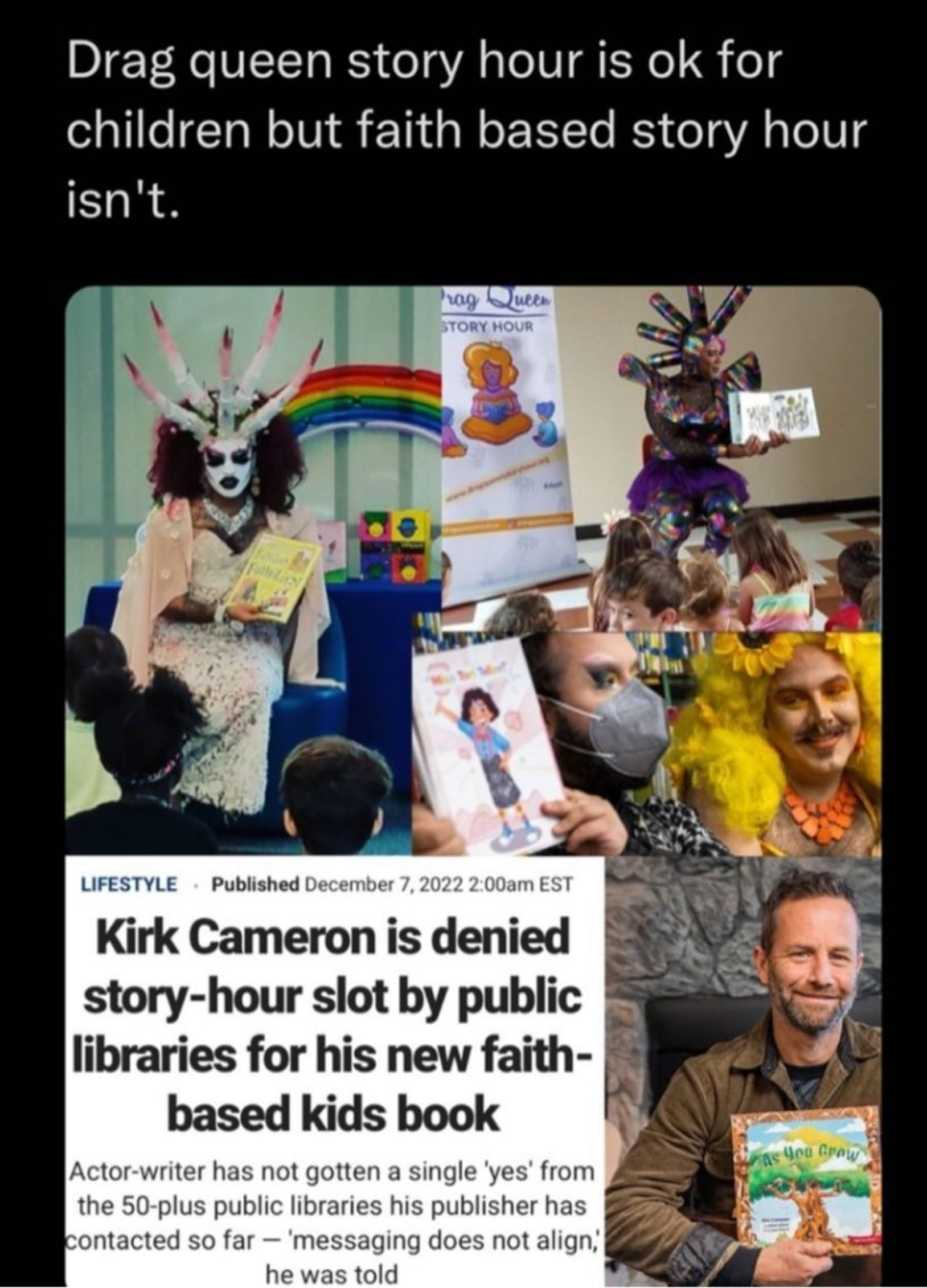 Please explain Councilman Erik Bottcher ,”WHY is this NOT GROOMING?” [Drag_queen_child_abuse] 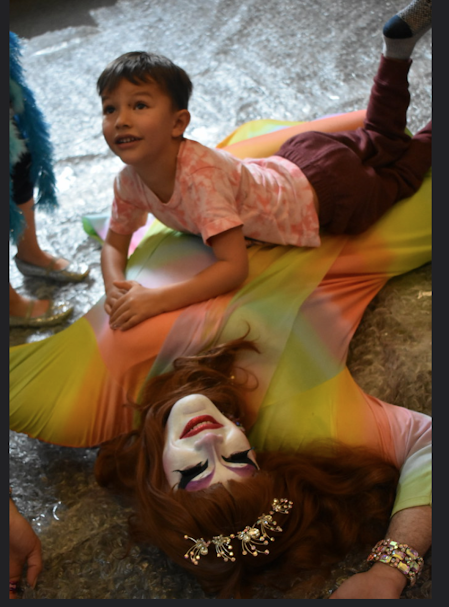 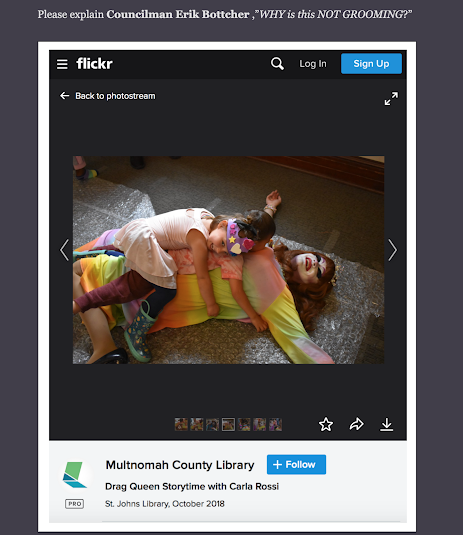 On Dec 17, 2022, the Guardians of Divinity (G.O.D) gathered to protest the Drag Queen Story Hour(DQSH)  aimed at very young children.

The NYPD forced them into the street …. which increased the volume of the protest voices since the ANTIFA /Rise and Resist protestors blocked the entrance to the library (and they were VERY loud)

Flickr Slide show – The NYPD and Councilman Bottcher ignored their message:  “Why must Drag Queens read ‘identity’ books to children. What are they promoting?” 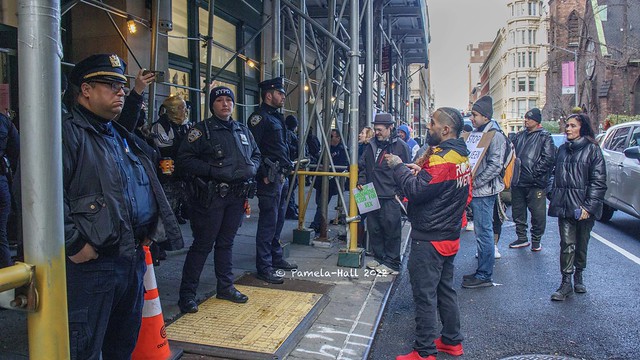 .An  unnecessary addition this day was the predictably bare-breasted Crackhead Barney (who was welcomed by the ANTIFA’s) and the district Councilman, Erik Bottcher. Bottcher was busily posting to his social media  with NO MENTION of the offensive flasher, CrackHead Barney who announced she would be holding a DQSH outside the library ….  and the ANTIFA protestors welcomed her. (Part 1 of 7) 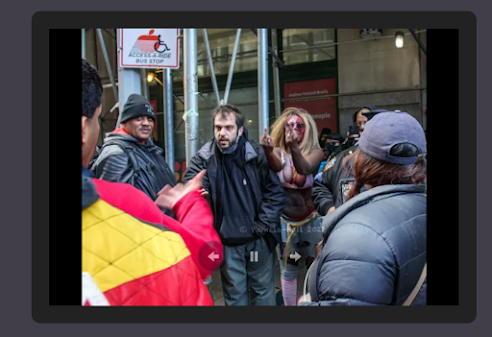 With her breasts flopping out of her costume, “Barney” announced she would be holding a Story Hour on the street,
with  the soc/commie/leftists welcoming her… NO matter what she does, 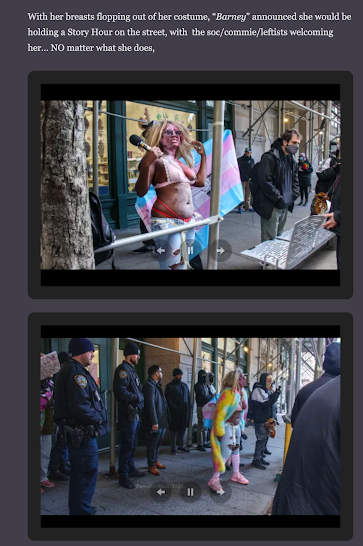 .Does the pornographic Crackhead Barney  represent the pro-DQSH protesters? [crickets] Instead, what the social media/media promoted that day was Councilman Bottcher’s “Faces of Hate” mantra …. without addressing , “Are these Drag Queens appropriate for young children?

.AGAIN, the Guardians of Divinity  asked, WHY is it important to expose toddlers to these glittery, bewigged costumed men —- as though they are a normal part of growing up. Why must these Story Hours teach children about cross-dressing men with books like “The Hips on the Drag Queen Go Swish, Swish, Swish.”

This is unnecessary indoctrination. They claim it is not to encourage male children to explore Drag ….but what else will they take away from this. Particularly with the types of books and songs on the line up of ‘ acceptable” materials.

Unfortunately, Bottcher had one exchange with a protestor that allowed him to social media  loop his ‘faces of hate” mantra, that any protest against DQSH’s is a hate-fest against LGBTQ+’s  …. and the MEDIA was a willing purveyor of those lies.

But, the Guardians of Divinity are NOT Faces of Hate and feeding the media misleading sound bites led the Guardians to demand an apology from their Councilman. Two Days later they went to the Councilman’s office to demand a public apology.

Unfortunately he HID inside and then promoted AGAIN a querulous story that they had stormed the building. The videos in the next post support the Guardians as having respectfully approached the councilman’s office. (WHERE he HID.

Sadly, the lies have taken hold. and the children are the losers.

(Where indicated, pictures and videos property of Pamela Hall-VSB) 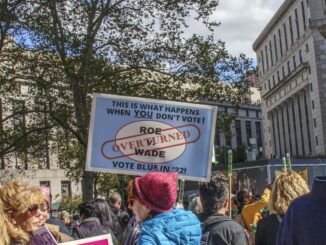 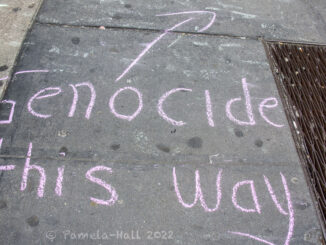 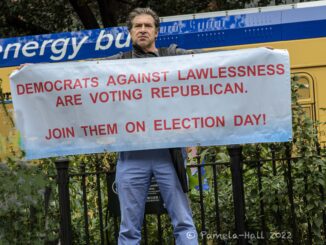