“We are nearly ten years on and me and the other victims are still being let down by the police and the legal system. No-one seems to care.”

That’s right, Ruby. No one cares except for a few people who are vilified as “racists” and “Islamophobes,” and who listens to them? Khan and Rauf were able to sexually abuse British girls with impunity because police and law enforcement authorities in Britain were terrified above all of being tarred as “racist” and “Islamophobic,” which would have led to professional and possibly personal ruin. Khan and Rauf have been able to stay in Britain because legal authorities remain terrified of being called “racist” and “Islamophobic.” 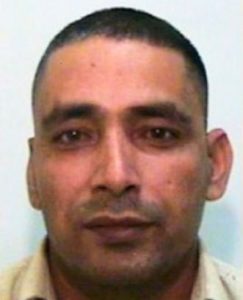 “‘NO REMORSE’ Rochdale grooming gang paedophiles launch ANOTHER appeal to stay in UK,” by Richard Moriarty and Jonathan Reilly, The Sun, April 8, 2021:

TWO grooming paedophiles told they would be kicked out of the UK six years ago have launched ANOTHER appeal to stay here, The Sun can reveal.

Adil Khan and Qari Abdul Rauf have lodged legal paperwork aimed at trying to prevent the Home Office from removing them.

The men were convicted in 2012 of being part of a nine-strong gang which sexually abused dozens of teenagers in Rochdale, Gtr Manchester….

Now we can reveal that Khan, 51, has launched an appeal which will be heard by an immigration judge in June.

LEGAL CHALLENGE
And a separate source told The Sun Muslim preacher Rauf has also indicated he plans to lodge his own legal challenge.

On Wednesday Rauf admitted to a reporter he was “surprised” he hadn’t been deported.

When asked if he expected to be removed soon, he added: “No, I don’t think so.”

Last night a victim who was just 13 when she became pregnant by Khan told of the trauma she has faced.

The girl, who was known as Ruby Bowen in the BBC drama Three Girls which dramatised the scandal, said: “The fact they are appealing their sentences honestly makes me feel sick.

“I have to live round here and it’s so easy to find me if they want to.

“We are nearly ten years on and me and the other victims are still being let down by the police and the legal system. No-one seems to care.”…