The Times of Israel has a huge spread on our ad campaign in San Francisco: 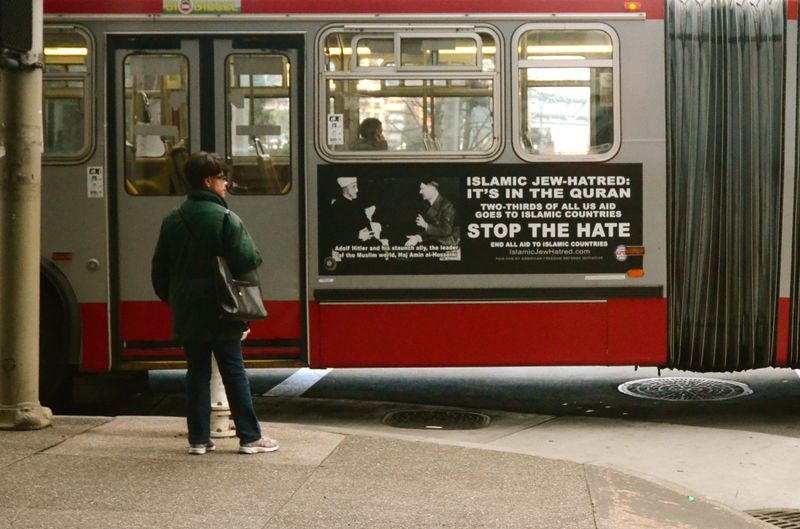 The anti-Islam group led by Pamela Geller is running advertisements on San Francisco public buses comparing the religion to Nazism.

The 50 ads appeared last week on the buses following the January 7 attack by Islamic extremists on the Charlie Hebdo satirical magazine in Paris that left 12 dead.

Ibrahim Hooper, a spokesman for the Council on American-Islamic Relations, told Reuters that his group has countered past efforts by Geller to place anti-Islam messages on public buses but would not do so this time.

Inflammatory ads sponsored by the American Freedom Defense Initiative have appeared in New York and Washington.

The San Francisco Municipal Transportation Agency in a statement cited the First Amendment protection of freedom of speech, “including speech that is considered offensive,” in explaining why it allowed the ads to be placed. It also said it did not want to use taxpayer dollars to defend itself against a lawsuit. 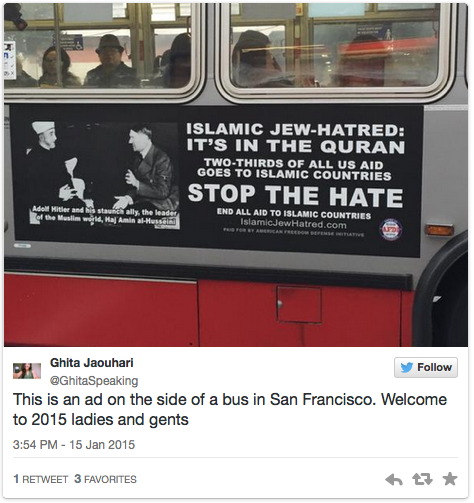