"To stand in silence when they should be protesting makes cowards out of men." Abraham Lincoln

Last Monday, a Muslim mob in Pakistan that was protesting against the Charlie Hebdo cartoons of Muhammad forced open the gates of a Christian school, smashed windows, destroyed property, and demanded that the school be closed. This followed demonstrations in which tens of thousands of Muslims in Pakistan demanded that the West adopt Sharia blasphemy laws. 800,000 demonstrated against free speech in Chechnya. Muslim mobs in Niger set 45 churches on fire in their rage against the actions.

Meanwhile, a carnival in Germany canceled plans for a Charlie Hebdo float. A cartoon museum in Belgium canceled plans for a Charlie Hebdo tribute. An art museum in Paris removed an artwork from exhibit after Muslim threats. This stunning cowardice proves, yet again, that it hardly ends with cartoons. It begins there. The West is giving these savages the ultimate power over us. They seek to control what we say, what we think, and how we live. 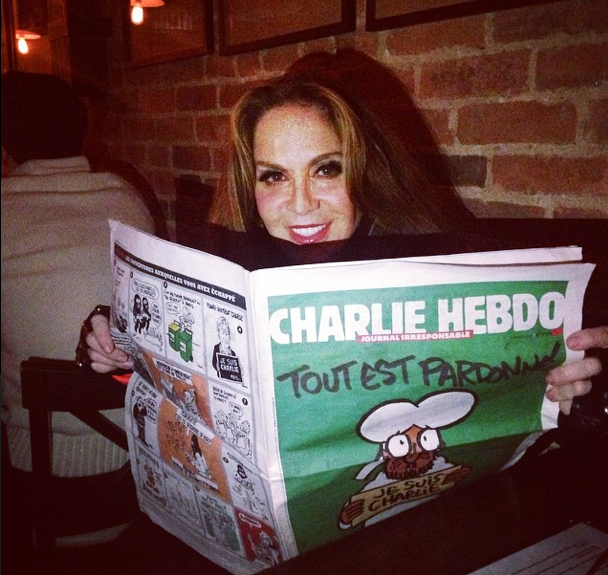 And we are giving them that power. This is how France responds after Charlie Hebdo jihad massacre? Shameful. It’s time the free world said Enough is enough. These savages need to be held to account, and the West has to stop this pathetic cowardice and submission to barbarity. They’re just cartoons. Enough already. The Muslim world has stop imposing its savagery on the non-Muslim and secular Muslim world. It’s time to stand up. That’s why my organization, the human rights advocacy group the American Freedom Defense Initiative (AFDI), announced that it will be holding a contest for cartoons of the Islamic prophet Muhammad, and an exhibit of Muhammad cartoons,a retropective this May in Garland, Texas.

The cartoon exhibit will feature images of Islam’s prophet, both historic and contemporary, and speeches by internationally renowned free speech advocates.

The exhibit will be held at the Curtis Culwell Center in Garland on Sunday, May 3. AFDI President Pamela Geller said in a statement: “This was the site of a Muslim conference denouncing ‘Islamophobia’ — an obscene stand for them to take after the Charlie Hebdo massacre – and our massive Free Speech Rally outside that event. The Muslim event was held in a hall owned by the local school district. When asked why they allowed that event on their premises, they answered that their hall was open to anyone who wished to rent it. So we are renting it for our Muhammad Cartoon Exhibit.”

Geller said that the Cartoon Exhibit was a logical next step following AFDI’s Free Speech Rally in Garland: “This event will stand for free speech and show that Americans will not be cowed by violent Islamic intimidation. That is a crucial stand to take as Islamic assaults on the freedom of speech, our most fundamental freedom, are growing more insistent.”

Geller added: “Of course, this event will require massive security. But this exhibit has to be staged. If we don’t show the jihadis that they will not frighten us into silence, the jihad against freedom will only grow more virulent.”

Please help us pay the massive security costs and other expenses involved in this all-important event: CONTRIBUTE HERE. 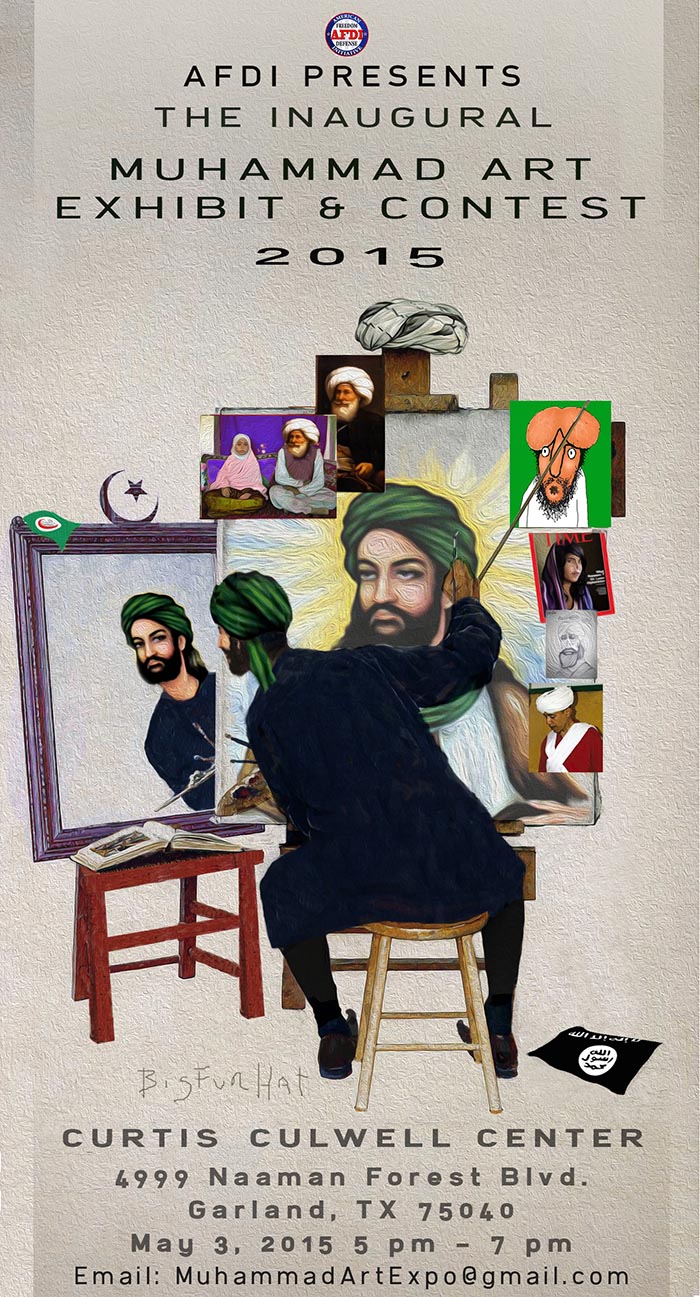