August 4, 2022 . Outside and inside – AGAIN – while protesting to SAVE the Babies from this poison. “Save the Babies. save the Children” protestors, as they arrived, took the protest inside. Then – after police removed them – they continued outside the vax hub warning the parents of the dangers within. The messages on the sidewalk were very clear, as were the verbal warnings. But, sadly, there were parents who took their babies inside anyway. 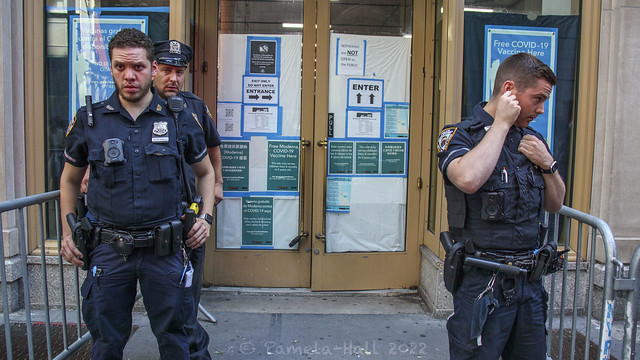 The BAD ‘science’ that sends these misguided parents in to these clinics is criminal abuse and there are LOTS of people- at the TOP- who should be prosecuted.

Flashback from 7/6/22 – Unhappy with the NYPD barricades that were blocking the building at the 42nd vax hub,  there was a brief tug-o-war with the police. All ended well after the points were made

This was tame compared to what the Marxist “thought police ”  not only do to the police but to anyone they declare is unfit to walk the earth. 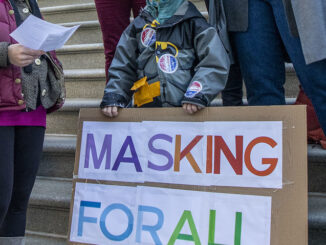 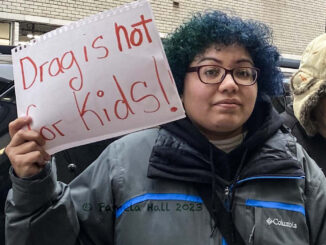