The media is calling it a “failed attack.” It was no such thing. It was an act of war, and they got killed. The good guys won.

Let’s review what the media didn’t tell you while they were frantically reporting that it was our fault that devout Muslims “with Islamic flags and semi-automatic weapons” tried to slaughter hundreds of people standing up for the first amendment in Texas at our free speech event. The media has thusly signed off on the death penalty for blasphemy under Islamic law.

The fact is — in defense of freedom, we saved lives.

— This jihad cell was planning a Super Bowl bomb plot two years ago.

— This jihad cell had been going to remote areas in the city for target practice early in 2014.

— One of the members of the trio exchanged more than 100 messages through social media with an overseas terrorist in the days leading up to the attack in Garland, according to FBI Director James Comey.

— “I believe the shooters were motivated by what they thought was the Islamic State, but I’m not sure they were directed by the Islamic State.” What’s the difference? The were conspiring with ISIS regularly days before the attack.

The bottom line is that these devout savages meant to carry out an unspeakable act of jihad. And they would have. But they attacked us, and we know who and what the enemy is. We were prepared.

What is believed to be the first federal trial of an American conspiring to carry out an ISIS-inspired attack began in Phoenix Tuesday morning.

Jury selection and opening statements began in the trial of Abdul Malik Abdul Kareem, 44, who is charged with planning an armed attack on a Prophet Muhammad cartoon drawing contest in Garland, Tex., in May and planning a Super Bowl bomb plot two years ago.

Kareem is charged with housing and assisting his co-conspirators, Nadir Soofi and Elton Simpson, who were en route to the drawing contest with Islamic flags and semi-automatic weapons before they were killed by an off-duty cop who thwarted the attack.

Kareem, a moving company owner from Phoenix, allegedly went to remote areas in the city for target practice with Soofi and Simpson, and had militant propaganda on his computer.

Investigators say Kareem, born Decarus Thomas, began conspiring with who he believed to be ISIS militants in June 2014.

One of the members of the trio exchanged more than 100 messages through social media with an overseas terrorist in the days leading up to the attack in Garland, according to FBI Director James Comey.

It’s unknown whether the attack on the Muhammad drawing contest — organized by political activist Pamela Geller — was a direct order from ISIS or if the three were merely inspired by the radical group.

“I believe the shooters were motivated by what they thought was the Islamic State, but I’m not sure they were directed by the Islamic State,” said Scott Stewart, a vice president of the Texas-based global intelligence company Stratfor and former U.S. State Department investigator, told the Associated Press.

Prosecutors also allege that Kareem accessed an Islamic State database of U.S. military service members’ home addresses and inquired about getting explosives for an attack on the 2015 Super Bowl game at University of Phoenix Stadium in Glendale, Ariz.

Kareem is also charged with lying about injuries sustained in a car accident in order to collect insurance money to fund the attack.

Kareem has denied all of the charges.

His brother said Kareem has been a Muslim for most of his adult life, and became more religious in the past few years to cope with a drinking problem.

Yeah, right. He should have stuck with drinking.

He doesn’t believe Kareem’s interest in radical Islam meant he would actually carry out an attack.

“It probably wasn’t the smartest decision to hang with these guys,” his brother-in-law, James Newman, told the Associated Press, referring to roommates Simpson and Soofi.

“But he was probably just building his faith.” 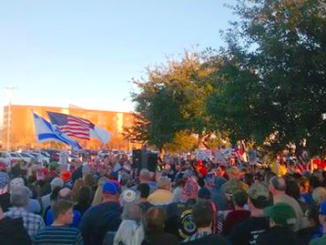