I am deeply humbled, deeply grateful. Thank you for your unwavering loyalty and support all these long years. 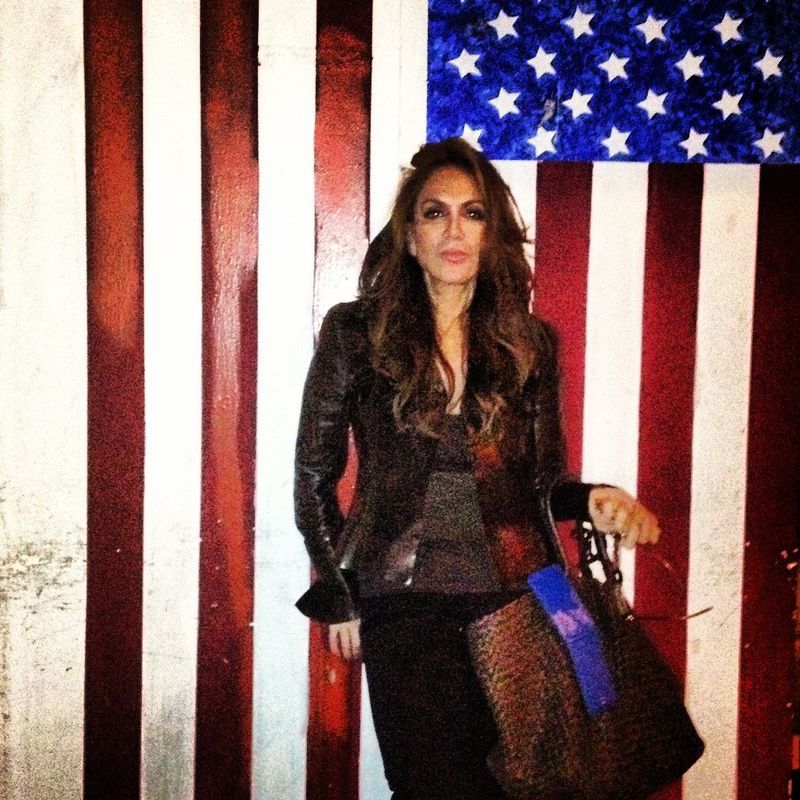 WND EXCLUSIVE
Pamela Geller named Woman of the Year
‘If Obama wants to go to war against the American people, I say, bring it on’

Backing down is not in Pamela Geller’s lexicon.

In May 2015, Geller hosted an art exhibit and drawing contest featuring images of the Muslim prophet Muhammad. Her aim was to stand up for free speech by showing that Muslims could not intimidate non-Muslim Americans into following Shariah blasphemy laws, which prohibit any depictions of Muhammad.

Two gunmen showed up at the Garland, Texas, event and started shooting, injuring a security officer before being killed by police.

Frightened into silence? Not Geller.

A month later, she launched a new billboard-ad campaign featuring the winning drawing from the Muhammad art contest. The billboards, which read “Support Free Speech,” went up in hundreds of locations around the country.

It is that fearlessness in the face of terror that led WND to name Pamela Geller the 2015 Woman of the Year.

“By sheer force of personality, tenacity and focused relentlessness, Pam Geller proved in 2015 that one woman could make a difference in the world even while fighting in an environment of seemingly insurmountable hostility and political correctness against what she correctly views as the Islamization of America,” said WND editor and CEO Joseph Farah. “If you look up the word ‘courage’ in the dictionary, there ought to be a picture of Geller next to the definition.”

Geller was grateful to be named Woman of the Year.

“I am greatly honored by this,” she said. “WND has been consistently one of the very few news outlets to tell the truth about the nature and magnitude of the jihad threat, and to give a voice to the defenders of freedom who get little or no coverage from the mainstream media.”

Geller has been warning about the creeping influence of Islam in America and the West for years. Through her role as president of the American Freedom Defense Initiative, she has run advertisements in the public transportation systems of major American cities such as New York, Chicago, and Washington, D.C. She is the founder, editor, and publisher of Atlas Shrugs, a website that consolidates news from around the world on the violent exploits of Muslims and acquiescence to Islam in Western nations.

She’s also written a number of books, including “Stop the Islamization of America.” Her weekly column can be found at WND.

Geller did not slow down in 2015, even after the attack at her free speech event. In early December, after Attorney General Loretta Lynch suggested the Department of Justice would “take action” against those who employed anti-Muslim rhetoric that “edges toward violence,” Geller told Lynch, “Come and get me…” during an appearance on a Florida radio program.

Speaking about the incident, she later told WND: “If Obama wants to go to war against the American people, I say, bring it on. Jihadists wage jihad in order to impose Shariah and they have succeeded. Terror in the White House.”

It was only last week that Geller learned two Muslim prisoners in Michigan had sued her for wearing a bikini in front of them.

But it was the Muhammad art contest that truly defined Geller’s year. She noted she received loads of criticism, even from some conservatives, for holding the event.

“We saw many who should have known better, including Donald Trump, Bill O’Reilly, and Laura Ingraham, condemn me for holding the event, rather than condemning the jihadis for trying to murder me for exercising my freedom of speech,” Geller told WND.

“It was a time when many who were thought to be true proved false, and many who were widely thought to be cowards and trimmers, such as [National Review editor] Rich Lowry, ended up demonstrating that they genuinely understood the free speech principles that were at stake. Many woke up to the real nature and magnitude of the threat to our freedoms because of Garland, and I commend them for it.”

As Geller mentioned, Donald Trump criticized her at the time of the contest, saying she looked like she was “just taunting everybody.”

Geller said she admires Trump, WND’s 2015 Man of the Year, for his refusal to bow to political correctness, but his condemnation of her free speech event remains a sticking point.

Geller said America needs a president who fully understands the threat posed by Islam and is not afraid to fight the enemy. She warned Europe’s present predicament could be the future of the U.S.

“What is happening now in the UK, Germany and Sweden is what will be happening in the U.S. before too long: the expansion of Shariah enclaves, new aggressiveness from Muslims within them, agitation for special rights and privileges for Muslims, et cetera,” Geller declared. “I commend WND for trying to head that off, and to protect the principle of equality of rights for all before the law.”

Of course, the problem of Shariah enclaves is made worse by the ceaseless flow of Muslim refugees into Europe in the past year. Geller thinks it’s foolish for the U.S. to let in Muslim refugees. She noted some of the jihadists who attacked Paris in November entered France undetected among the refugee flow.

“There is no way to vet refugees,” she cautioned. “There are no records for most of them. Those for whom there are records only show criminal activity. The jihadis that ISIS is recruiting now have no criminal records. ISIS tells them to blend in with Western society.

“There is no way to keep jihadis among the refugees from entering the country. As such, it’s a national security risk to admit any of the refugees. The Saudis say this; why can’t we?”

To underscore her point, Geller referenced the San Bernardino massacre.

“Our vetting process is already a catastrophic failure,” she said. “Tashfeen Malik, one of the San Bernardino shooters, passed FIVE background checks from different government agencies. We can’t vet the refugees, and there are certain to be terrorists among them, so we should not take them.”

Looking ahead to 2016, she offered a disheartening prediction.

“Because of the denial and willful ignorance about the jihad threat among our political and media elites, things will only get worse,” Geller warned. “We should see less jihad in 2016, but instead, there is certain to be more.”

When asked how she plans to fight the Islamization of America in 2016, Geller offered only limited specifics.

“AFDI has proposed an 18-point platform to defeat the enemy,” she said. “I do indeed plan to continue doing billboards, and have other big plans for 2016 — watch my WND column for announcements!”