Make no mistake — we amended our suit (more here) to correct the “factual errors,” and we will go back. The error in our ad was that we implied the reward for the capture of an FBI terrorism suspect was paid for by the FBI when in fact, the reward is paid by the State Department’s Reward for Justice program. We corrected the ad and we were still rejected. Seattle Kings Transit Authority said our ad (an FBI wanted poster) was disparaging to Muslims. Truth is disparaging to Muslims. Got that?

We refiled our lawsuit. We will be back.

Some justices might have concluded that there were extra factors in the case that made it a suboptimal vehicle for resolving the legal issue; for instance, they might have thought that the case was unduly complicated by the extra question whether the government should be able to bar factually erroneous statements on its property, whether that property is a designated public forum or a nonpublic forum. But the two justices’ statement that they are interested in clarifying the designated public forum vs. nonpublic forum/limited public forum line should embolden other litigants to bring up the matter again, hoping that in their case they can pick up two extra votes.

Volokh in the Washington Post weighs in on the SCOTUS dissent on our free speech lawsuit yesterday,

In American Freedom Defense Initiative v. King County, the U.S. Court of Appeals for the 9th Circuit held that advertising spaces on government-owned buses are “nonpublic fora,” from which the government may exclude ads based on reasonable and viewpoint-neutral criteria. And the particular ad involved there (shown above), the court held, could be excluded because it contained factual errors:

This morning, the U.S. Supreme Court declined to review the case, but Justice Clarence Thomas dissented from that “denial of certiorari,” joined by Justice Samuel A. Alito Jr. Lower courts are split, Thomas argued, on an important question: When a city transit agency opens up advertising space for a wide range of political messages, does this create (1) a “designated public forum” — in which the government generally can’t discriminate based on the content of speech — or (2) a “nonpublic forum” (or a “limited public forum,” which is in practice largely equivalent to a nonpublic forum) in which the government may impose content-based but viewpoint-neutral and reasonable restrictions? And the Supreme Court should have stepped in, he argued, to resolve the split:

In the large portions of this country encompassed by the Second, Sixth, Seventh, and D. C. Circuits, AFDI’s ad would likely have met a different fate. In those Circuits, accepting a wide array of political and issue-related ads demonstrates that the government intended to create a designated (rather than limited) public forum because “political advertisements . . . [are] the hallmark of a public forum.” In those Circuits, transit authorities that open their ad spaces to political messages must provide compelling justifications for restricting ads, and must narrowly tailor any restrictions to those justifications.

In the First and Ninth Circuits, however, transit authorities have far more leeway to restrict speech. There, “a transit agency’s decision to allow the display of controversial advertising does not in and of itself establish a designated public forum.” As the Ninth Circuit acknowledged, this approach conflicts with the approaches of “other courts [that] have held that similar transit advertising programs constitute designated public forums.” Materially similar public transit advertising programs should not face such different First Amendment constraints based on geographical happenstance.

This case would allow us to resolve that division. King County’s advertising restrictions cannot pass muster if the transit advertising space is a designated public forum. King County bans ads that it deems “false or misleading,” but this Court considers broad, content-based restrictions on false statements in political messages to be generally impermissible. See United States v. Alvarez (2012). King County’s prohibitions on “demeaning and disparaging” ads, or ads that could disrupt the transit system by alienating riders, are also problematic content-based restrictions. King County may wish to protect captive riders’ sensibilities, but “‘we are often “captives” outside the sanctuary of the home and subject to objectionable speech.’” Cohen v. California (1971). The government cannot automatically “shut off discourse solely to protect others from hearing it.”

To be sure, this case involves speech that some may consider offensive, on a politically charged subject. That is all the more reason to grant review. “[A] principal function of free speech . . . is to invite dispute. It may indeed best serve its high purpose when it induces a condition of unrest, creates dissatisfaction with conditions as they are, or even stirs people to anger.” Texas v. Johnson (1989).

Many of the Court’s landmark First Amendment decisions have involved contentious speech in times of national turmoil. When some States branded the civil rights movement a threat to public order, the Court decided whether protesters against segregation could be punished for purportedly disrupting the peace. When the Nation was divided over the Vietnam War, the Court decided whether the First Amendment prohibits the Government from prosecuting a man for wearing a “’”F— the Draft”‘” jacket in a courthouse, and whether a public school could punish students who wear black armbands as symbols of antiwar protest. More recently, we have decided whether protesters can brandish signs proclaiming “’God Hates Fags’” and “’God Hates the USA/Thank God for 9/11’” outside a soldier’s funeral; whether the First Amendment protects videos that depict women crushing small animals to death to satisfy viewers’ sexual fetishes; and whether States can reject Confederate-flag license plates.

I see no sound reason to shy away from this First Amendment case. It raises an important constitutional question on which there is an acknowledged and well-developed division among the Courts of Appeals. One of this Court’s most basic functions is to resolve this kind of question. I respectfully dissent from the denial of certiorari.

As the Supreme Court has repeatedly stated, its decision to deny review has no precedential value. (Of course, dissents from such decision have no such value, either.) Some justices might have concluded that there were extra factors in the case that made it a suboptimal vehicle for resolving the legal issue; for instance, they might have thought that the case was unduly complicated by the extra question whether the government should be able to bar factually erroneous statements on its property, whether that property is a designated public forum or a nonpublic forum. But the two justices’ statement that they are interested in clarifying the designated public forum vs. nonpublic forum/limited public forum line should embolden other litigants to bring up the matter again, hoping that in their case they can pick up two extra votes.

Note also that the law is quite clear that this sort of bus advertising program has to be at least viewpoint-neutral; the question is whether content-based but viewpoint-neutral restrictions on political ads in such programs are constitutional. 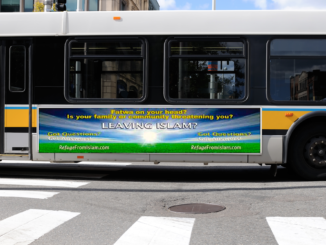 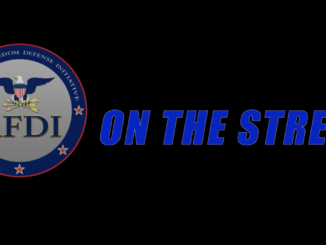 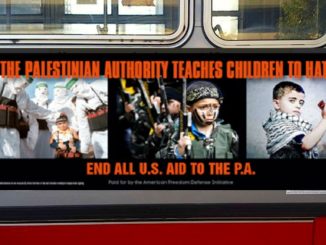